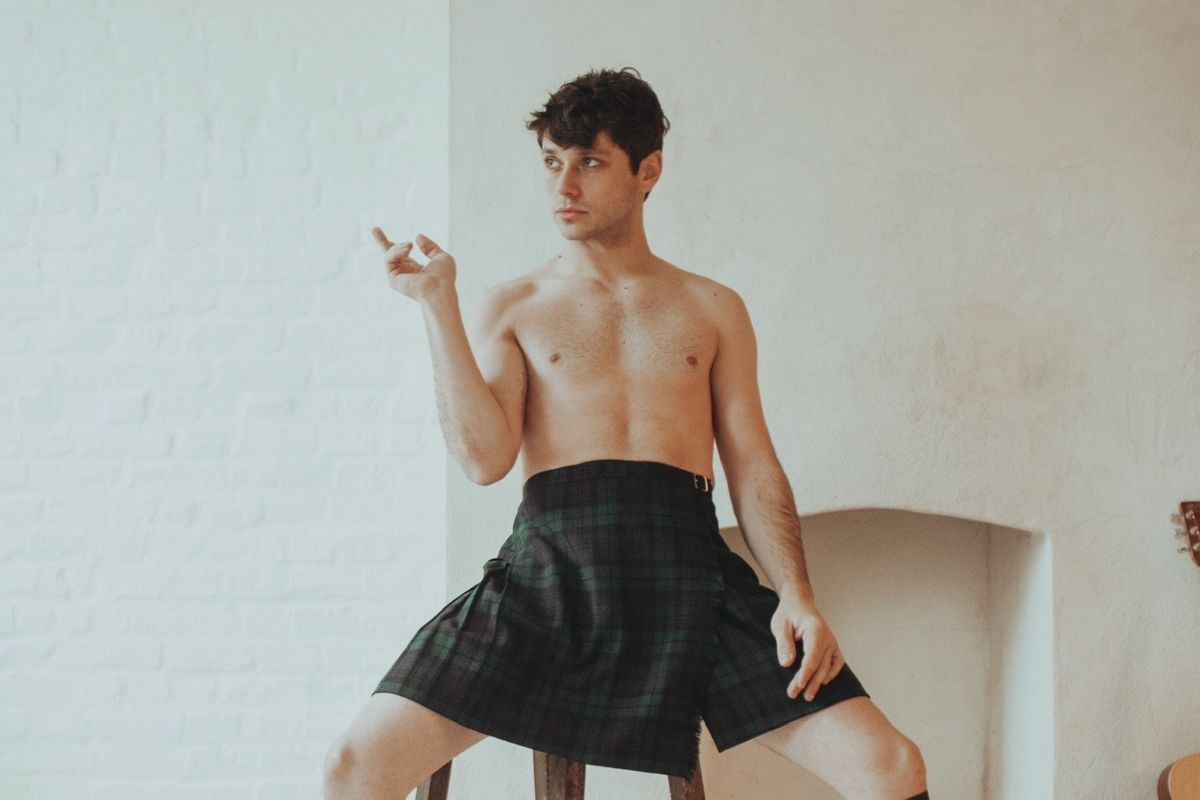 Odds are if you are reading this right now you remember Phil of the Future. The 2004 Disney Channel sitcom that starred Raviv Ullman as Phil Diffy, a teen from the year 2121 who gets stuck when his family's time machine breaks down in the 21st Century, was basically formative viewing for a generation grew up on shows like Lizzie McGuire, Even Stevens, and That's So Raven. And while many former Disney Channel stars have gone on to varying levels of success (Miley Cyrus, The Sprouse Twins, Hilary Duff, The Jonas Brothers, etc.) it turns out that Ullman has been on a quiet glow up for the past 12 years.

In a moment that's made everyone's jaw drop and silently mouth to themselves "damn, when did Phil Diffy get hot?" people are seeming to be just now discovering Ullman's delightful Instagram full of artsy, gender-bending, swoon-worthy looks. Sexy, editorial, with a tinge of '80s East Village art scene nostalgia, Ullman has apparently been casually subverting masculine gender norms like it's nothing and clearly no one thought to tell us about it sooner?

Fittingly, in his most recent post Ullman gives an optimistic salute "to the end of a year that worked harder than any other to deconstruct toxic masculinity and tear down the patriarchy." While 2018 may have been a chaotic mess of a year that seemed determined to keep kicking us while we were down, it is important to recognize that in spite of that society has actually made significant strides toward broader acceptance thanks to more and more fearless trailblazers.

Related | What the Hell Is Ezra Miller? A Twitter Investigation

It is hard to imagine the Internet going as wild as it is for Ullman without Ezra Miller's fabulous series of red carpet looks in 2018. Stepping out in everything from a Pierpaolo Piccioli-designed puffer dress to a glittery Hedwig-inspired cosplay, Miller proved that they could pull it all off and fully established themselves as a genderfluid icon in 2018. However, Miller and Ullman are representative of a broader generational shift away from traditional definitions of gender and a broader effort to dismantle toxic masculinity as a whole. Even though we still have a long way to go it should not be taken for granted that we have come a long way and if Miller and Ullman are any indication, the future is looking bright.