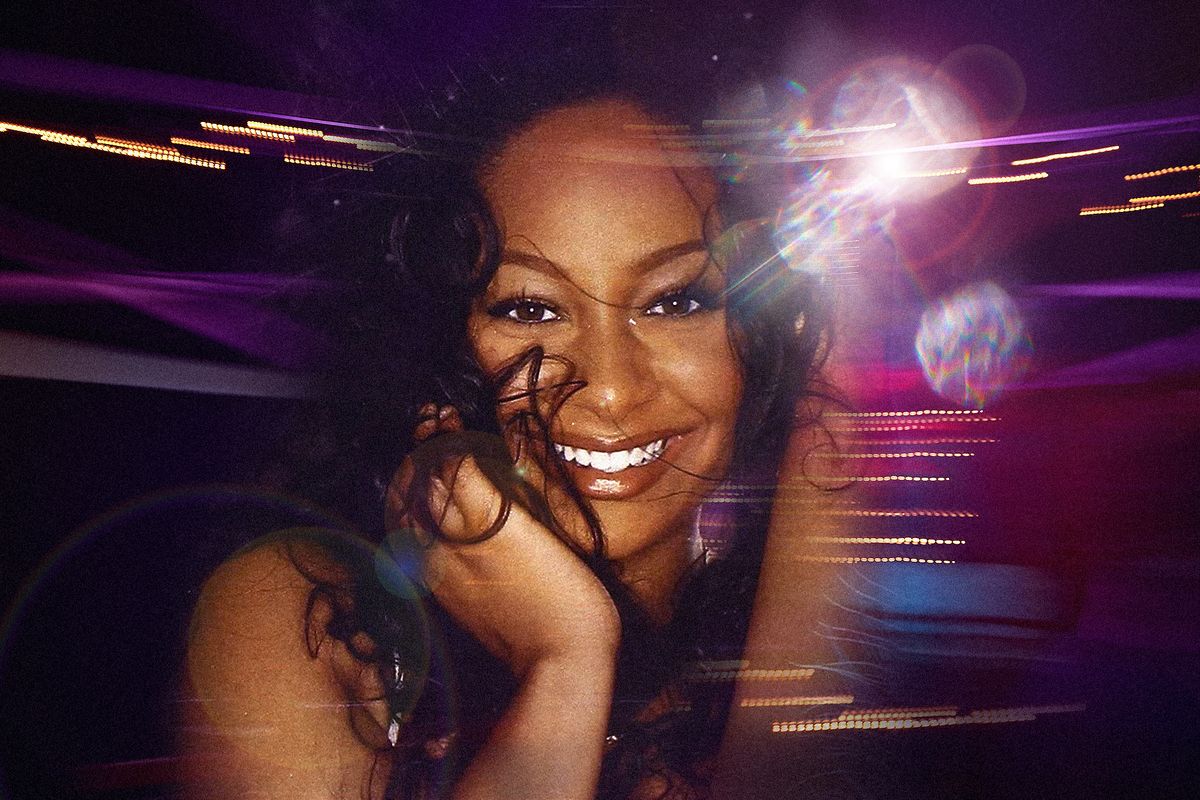 Sometimes, famous people give us much, much more than we deserve. This is true of the entertainment industry's most unsung celebrities, and today, we are dying on the hill of a one Ms. Raven-Symone, who recently patched things up (or did she?) with former co-Cheetah Girl, Kiely Williams.

But before she was ever a controversial The View co-host, globetrotting Cheetah Girl, teenage clairvoyant on That's So Raven, she was a Creator of Solo Albums, starting back in 1993, when she had a Billboard Hot 100 hit in a song called "That's What Little Girls Are Made Of." She was literally eight years old at the time, and the year before that, she was taking singing lessons from Missy Elliott. Can you imagine?

Fast forward to 2004, when Raven, hot on the heels of That's So Raven fame, dropped the aptly-named album, This Is My Time — which we now literally can't hear on Spotify. (More on that in a second.)

Damn right. If "Backflip," the album's funky first single, is any indication, This Is My Time was meant to capitalize on Raven's growing profile as a young adult. On that song, she was trying on edgy pop-R&B stylings of the era, like an unofficial fourth member of Destiny's Child, long after Beyoncé, Kelly and Michelle became a power trio. But still! "I wanna see you backflip, cartwheel," she demands of a suitor not putting in the work to please her. "I gotta see it to believe it!"

In the video, she swatted away her loser lover's video games and texted the words "Attentive" and "Thoughtful" on a Raven-branded Blackberry.

So as to not lose her young, impressionable fanbase with scandalous messages about being a young woman in relationships, This Is My Time even included songs Raven recorded from other Disney films: The Lion King 1½'s "Grazing in the Grass"; The Princess Diaries 2: Royal Engagement 's "This Is My Time"; Ice Princess's "Bump"; and Go Figure's "Life Is Beautiful." Sadly, Raven's admirable cross-promotional efforts did not appeal beyond the casual Radio Disney audience, with the album selling just 19,000 copies in its first week. (For what it's worth, we personally believe this figure would be higher in the streaming age.) Perhaps it just wasn't her time.

But now that we do have streaming platform options galore, Raven's underperforming album is everywhere, should you feel a rush of nostalgia borne from a reunion with Cheetah Girl Aqua. So what gives, Spotify? The album is "available" to stream, but only up until Track 5 "Set Me Free," which feels poignant, somehow. Even more poignant considering that it was one of Raven's three co-writing credits on the album. Then, the bottom drops out — like, completely. The remaining eight tracks of This Is My Time soldier on to the disquieting sound of... nothing but static noise. One intrepid PAPER editor/ Actual Raven Stan who shall remain nameless points out that this has been true for... years? So rude.

Talk about Raven erasure! Talk about Black rights! Who did this?! Some of us need to hear "Grazing in the Grass" every so often while fantasizing about our previously dreaded morning commutes. But instead, for that song's three minutes and eight seconds, we are met with deafening, ASMR-esque silence, which would be soothing if we weren't under strict government orders not to go outside. (Btw, the iconic silent edit of "Grazing in the Grass" currently stands at over 280k streams, meaning some of you are sickos.)

So with nothing else better to do but ponder who at Spotify hates Disney starlets' solo music endeavors this much, it's time to get #UnmuteRaven trending. This Is My Time deserves to be heard.