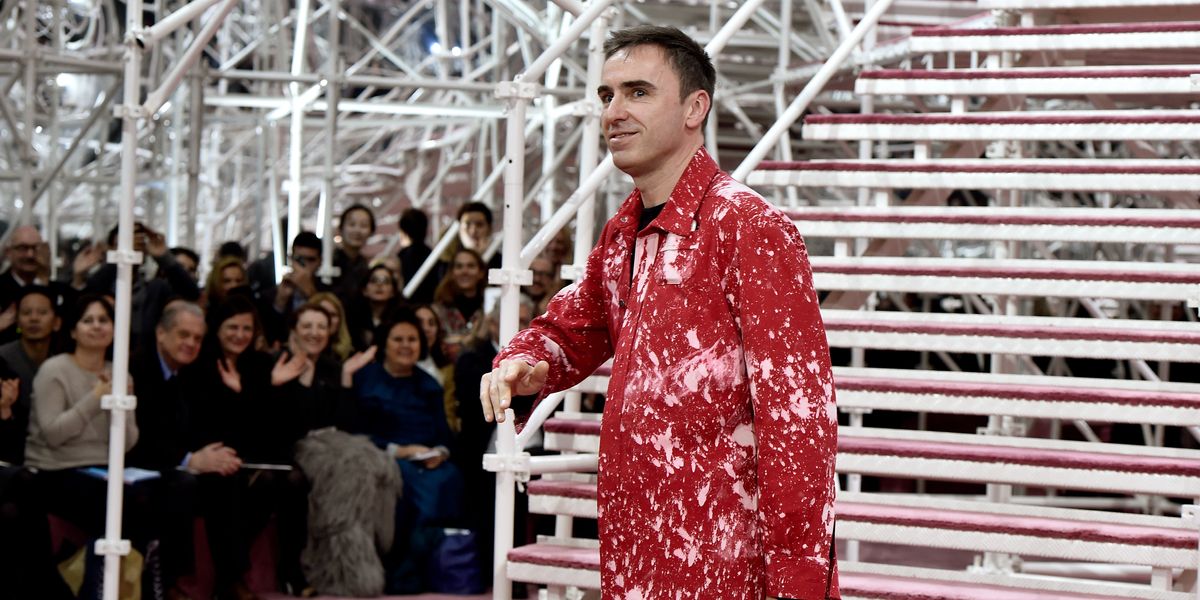 Raf Simons Is Reissuing 100 Pieces From His Archives

Since the announcement came earlier this year that Raf Simons would be joining Prada as co-creative director (and would debut his first collection in September), he's been keeping a rather low profile. That is until last month arrived, when the Belgian designer suddenly became active on Instagram again and started to post photos of his many runway shows from past seasons.

The posts weren't just throwbacks for nostalgia's sake, however. It seems Simons has been gearing up for his new project called Archive Redux, which was announced this morning.

To celebrate his label's 25th anniversary this year, Simons is reissuing 100 pieces from his archives spanning 25 years. The selection will reprise different moments from the brand's history and is geared towards longtime followers and a new generation of fans of the brand.

"Each piece will replicate the characteristic of their archival antecedents," the brand said in a statement. "These garments reflect the shifts of time, highlighting pieces that have an instinctive relevance to the world of today."

Full Archive Redux imagery will be revealed in July and will go on sale in December. Raf Simons is also skipping the men's digital fashion week calendar this month and will present his Spring 2021 collection some time in the fall.