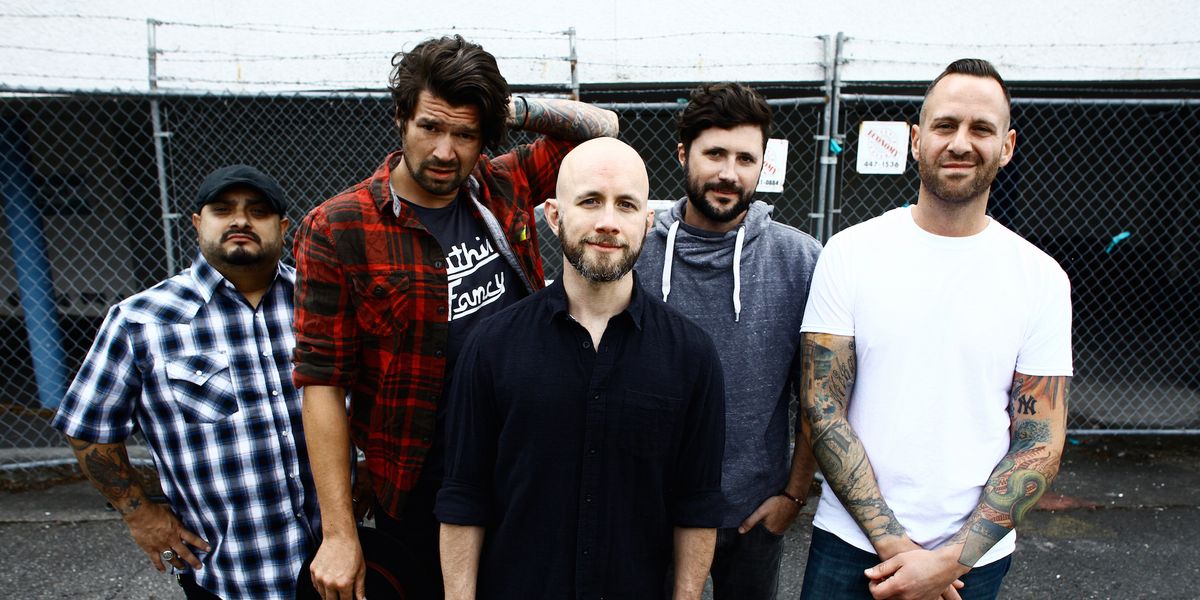 PREMIERE: Taking Back Sunday Get Personal In The New Video For "Call Come Running"

Age often reveals the unexpected, and this sentiment is no more apparent than in Taking Back Sunday's new video for "Call Come Running" -- which is easily the most personal video yet for frontman Adam Lazzara.

Picking up right where their "You Can't Look Back" video left off, "Call Come Running" sees a bloodied Lazzara staggering around his actual neighborhood in North Carolina -- his injuries invisible to the irreverent passerbys -- until an older man (played by his actual father) comes to his aid.

A story of renewal and rebirth, that ends with a shot of Lazzara reemerging from a body of water to meet his (again, actual) family, it mirrors the album's foray into themes of growing, adulthood and building families -- a far cry from much of the rest of the band's 18 years-worth of material.

"Just like with any of the other records...it's always just been this autobiographical thing, and things are winding down," Lazzara explained. "For a long time we were just like very much the band and the music was our lives. I know at least for me that was everything revolved around just ever since I was a teenager...I think [this album]'s just a product of growing up a little more."

Lazzara also said the video also serves as a social comment on how it has become "harder and harder to be focused on what matters most and then there's all these things pulling you in different directions."

"It's often hard to see the answers that are right there in front of you," he explained, referencing the shift in priorities his role as a family man is responsible for. "[But when you grow] you can start to cut out the things that don't matter and you start to see what matters in your life" -- a time-old truth that will always hold weight. Watch the video for "Call Come Running" below.