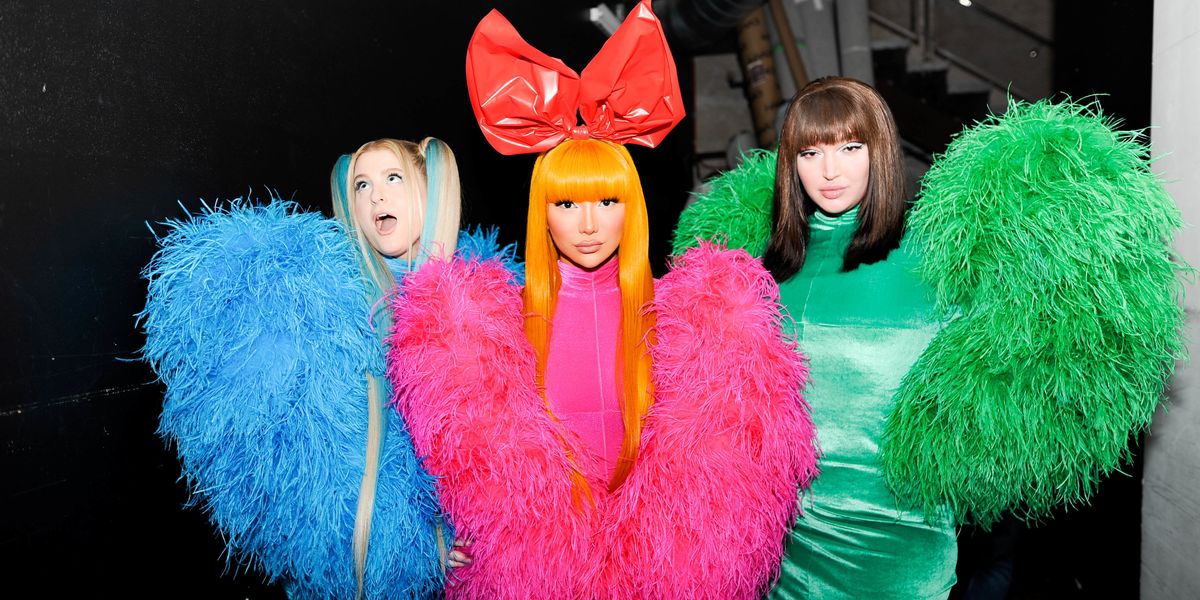 Runway shows in Los Angeles are a different kind of beast. Whereas New York draws a more traditional "industry" crowd, an LA front row could feature everyone from reality stars to drag queens, pop stars and Hollywood actors all under one roof.

If you're Christian Cowan, such an eclectic audience is quite typical no matter where you show. (Past celebs spotted at his shows include Tinashe, MLMA, and YouTuber David Dobrik.) But for the New York-based designer, the energy between the two cities could not be more different.

"New York is very fashion-oriented and [the collection] is very much there to be critiqued and to be bought while the show in LA is much more about hype," he tells PAPER. "I really enjoy it because people in LA get so excited about it and we feel like it's a growing force in American fashion."

Indeed, the excitement was palpable as famous faces like Lisa Rinna, Carly Rae Jepsen, Patrick Starr, Jason Lewis and Gigi Gorgeous all came out for Cowan's Powerpuff Girls-themed runway show on International Women's Day in LA. It's the second year Cartoon Network has partnered with the designer, with the collab benefitting the InHerShoes foundation, a women's empowerment non-profit.

A diverse cast of women, including disabled and plus-sized models, drew cheers from the crowd as they walked the runway in big statement sleeves, slinky eveningwear and iridescent party dresses with giant bows. Perhaps the biggest reaction of the night came when Meghan Trainor, Nikita Dragun and Kellee Moran, dressed in looks that referenced Bubbles, Blossom and Buttercup, respectively, closed the finale hand-in-hand.

"I tried to make sure that it's very identifiably Christian Cowan the brand, but at the same time I wanted it to be really different," he says. "I think you can see where our show in New York is very much like fashion fashion fashion, [whereas] this show is really about an homage to the cartoon show. It's about direct character portrayals which are really fabulous."

Cowan, who in the past has teamed up with brands like ASOS and Google, doesn't rule out collaborating with the Powerpuff Girls again in the future. "What's really cool about Cartoon Network as a company and the Powerpuff Girls is that the message they convey in that show is fully reflected in the corporate structure of everyone who I work with," he says.

He continues: "And so I think it's really cool that I'm working with really empowered women, as well as gay men. It's a really cool company. I feel very lucky in that regard because obviously as a queer person I have always been supported by women, which is often the case. And so I've always felt very indebted to women-kind, because I really wouldn't be here without them."