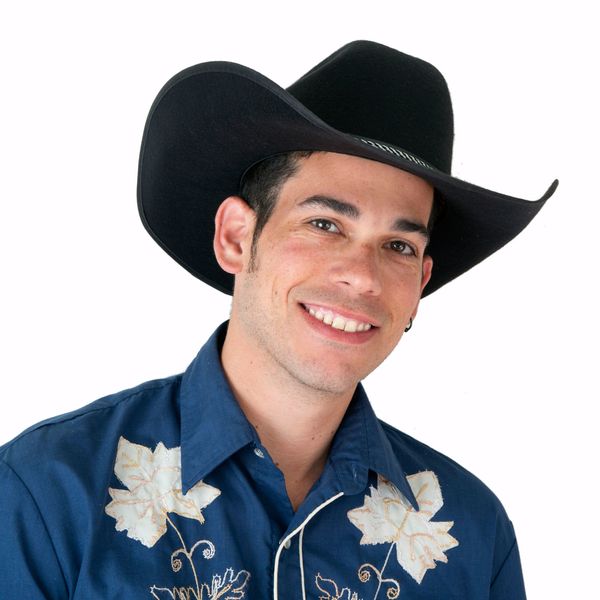 The Many Names, Sounds, and Lives of Physical Therapy

If you have considered yourself a creature of the New York night at any point in the past decade, odds are you've attended a party played by Daniel Fisher, AKA Physical Therapy. From humble beginnings as a DJ for his friend Mykki Blanco, Physical Therapy has risen through the ranks in the Brooklyn nightlife circuit to easily become one of its most prolific DJs.

Between pulling all-night sets at Nowadays to running his label Allergy Season, Fisher juggles at least half a dozen other aliases outside of his Physical Therapy moniker that are just as influential. From the fast jungle breaks of Jungle Jerry to the sample-driven house of his collaborative project with Michael Magnan, Fatherhood, Fisher is in essence a genre chameleon, effortlessly sliding between a sweaty pummeling four-on-the-floor techno heater at one moment and an airy ambient cool down track the next.

His debut album, It Takes A Village: The Sounds of Physical Therapy, is essentially a compilation of all of these aliases brought together by the man behind them all. Full of house gems, techno bangers, groovy disco pumpers, and unclassifiable oddities, the compilation feels simultaneously fresh and forward-thing while also sounding like a dusty vinyl you found in the back of discount crate in a European record store, took home, and realized was a hidden gem.

Sitting down over lunch in a Ridgewood diner, PAPER talked with Fisher about the album, the reason behind his multiple names, and the history of the Brooklyn nightlife scene as seen through Physical Therapy's eyes:

Why an album now?

I've always been really scared about putting out an album because I feel there's a lot of pressure that you have to put all of these ambient tracks on it and make it this very serious thing, which is why I chose the format that I did: a compilation of different aliases. It seemed like I put out so many things over the past couple of years like eight to ten releases a year under all different aliases and no one could really keep track. Certainly not my friends, so I couldn't expect a casual listener to keep track. It felt like it was time to put it all in one place and make a little primer.

How did you end up structuring the album? What made you go with certain aliases over others?

Several of the aliases don't have a super strict sound behind them, some just existed in my head. Like Stefan Proper, that was my neighbor in Berlin and I was always obsessed with his name. I was like, "I really want to put out some serious German techno under the name Stefan Proper." It's just a really good name. Some of it went like that, some of it was like Kirk the Flirt that's always been a project about disco samples and I was like, "Oh I have some tracks from that I definitely want to include them." I was just trying to cover as many possible sounds as I could.

Do all of your aliases have backstories like this?

I tend to work in spurts, so I made all of this electro-ambient stuff last year and I was like, "Woah this doesn't make any sense for Physical Therapy," and came up with the name Car Culture being like, "It's about the end of the world, car culture suffocating the planet," but still making happy electro-ambient stuff. Fatherhood is a thing because it's me and Michael Magnan. The backstory is just us. We've been making music together for like eight years. DJ Overnight is in my mind like a Dutch DJ from '90s who just put out 30 records to little acclaim and then disappeared. The way I like music is to take very deep dives and find stuff out and find the backstory behind people. I like the idea of these little characters.

What was the last deep dive that you did?

Well, currently I'm in this Florida Breaks place. It's breakbeats, but more. It almost sounds like Big Beat, like Chemical Brothers stuff. So it's these break beats and then there's these wonky acid lines on top and they sample from huge pop songs and there was just this big scene where they would put out dozens of records each year. It was pretty much focused in Florida and loosely connected to freestyle, electro, trance, and hard house all meeting in this weird like Florida universe.

How did Physical Therapy come into being?

I moved to NY from Chicago in 2008. I started going out a lot and my best friend, Mykki Blanco, would take me to a lot of gay parties in and around New York. I saw people DJing and saw how much fun that seemed to be able to control the crowd in that way. So then I was just like, "I need to figure out how to do this." I actually asked Shayne [Oliver] and Telfar [Clemens] who threw a party called Banjee in the Basement. I asked if I could DJ at their party and they asked me if I could DJ, if I knew how to use CDJs and I lied and said, "yes." And that just kind of...

The rest is history?

Yeah. The name also came from Mykki Blanco because I had wanted to use the name Jay Holi-DayQuil. And he kept being like, "This is a really bad idea. It's so timely. Like, no one's gonna know who Jay Holiday is in a couple years" and he was 1,000% right. I lived in Greenpoint at the time across from a physical therapy office. I think he was like, "Why don't you choose a name like Physical Therapy or something?" And then that was it.

How did you get into house and techno?

I think I was always very obsessive about music. Whether it was pop music and hip hop as a kid, or being such a Pitchfork indie rock stan throughout high school. It was really moving to New York, that I started to get into various strains of dance music. It was just a slow process of hearing something at a club being like, "Oh, what is that?" When I started DJing, I used to rip music off YouTube because I didn't know where someone would even get it. "Like house music, do you get it on iTunes?" It was a slow process to really learning and figuring things out.

Well, I would say there's two things. One was this venue called Steel Drums I used to help out with. Which was underneath the BQE, on the Greenpoint and Bushwick border. It was this illegal warehouse and it's really fun because we were able to build it from the ground up as this guy Michael Potvin. The parties there were really fun because it was the most pure DIY warehouse energy; no permits, everyone bringing in their own sound system every weekend, just trying to make it work. Then also Club Shade, which was a co-production by LadyFag and Seva Granik, and those were insane because it was DIY, but in the opposite way. It was like 2,000 people in a warehouse with $15,000 worth of lights and lasers and an insane sound system. It seemed like the maximum possible end game of a DIY warehouse party.

How have you seen Brooklyn's nightlife scene change over the years?

It's changed so much. When I first moved here, it was kind of electro-clash. There were little things going on, like Bunker, people were definitely throwing techno parties and there was GHE20 G0TH1K, people doing more club music parties. But the sound of New York at that time was going to a bar and watching an heiress DJ a mixture of, hip hop and '50s rock. So it took a long time, the scene had to build itself up from scratch again. Now it's crazy. There are so many huge clubs, DIY parties, and house and techno bars you can go to now. I remember when it was like, you would post your party on Resident Adviser and there would be two events in New York that weekend. Now it'll be like 50.

Where do you see it heading now?

I think that going to parties is almost addictive. That's why it's constantly growing. Someone brings a friend who's maybe into EDM or goes to indie or rock band nights and then they come to Nowadays and they dance all night. And they're like, "That's amazing! I want to do that every weekend!" So it's constantly growing. At the same time, there's new clubs opening every couple of months, so hopefully it can keep up and not get over saturated.

It Takes A Village: The Sounds of Physical Therapy is out now on all platforms. You can catch Physical Therapy this Sunday, May 5th at the record release party being held at Secondhand Records in Bushwick from 4-8 PM.