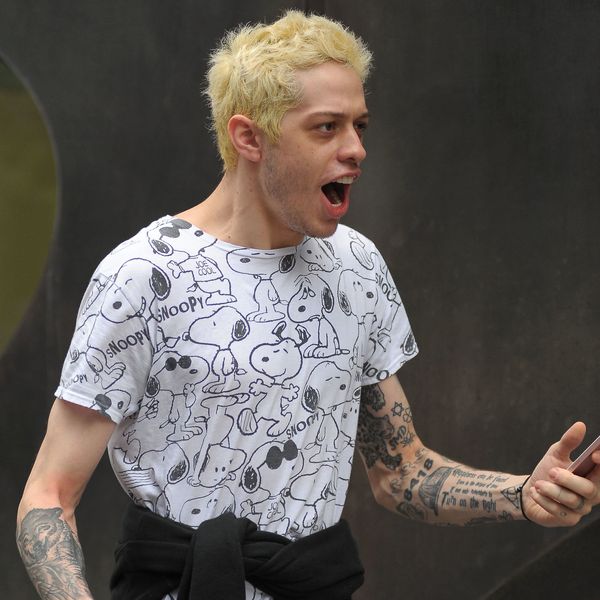 "I was like... 'I'm not stupid,'" Davidson said of getting the tattoos. "And tonight [my friend and I] were in my kitchen and he was like, 'Yo, bro. Turns out, you were stupid.'"

Davidson also gave a shout out to the GoFundMe dedicated to finding him housing after moving out of Grande's $16 million Chelsea apartment. "Anybody have any open rooms?" he inquired. "I'm looking for a roommate."

But although it's been reported that Davidson is "doing fine," he acknowledged that the break-up was sad. "I think you could tell I didn't want to be here," he told the crowd. "There's a lot going on."

All told, it seems like the comedian is doing better with the split than the former couple's pig, Piggy Smallz, of whom Grande has retained custody. The adorable "Breathin'" video star is reportedly taking the break-up hard. Swine experts told The Blast that pigs "hate change" and that "any upset in the home can send them into depression or bad behaviors," noting that Piggy Smallz had recently pooped on Grande's pillow.