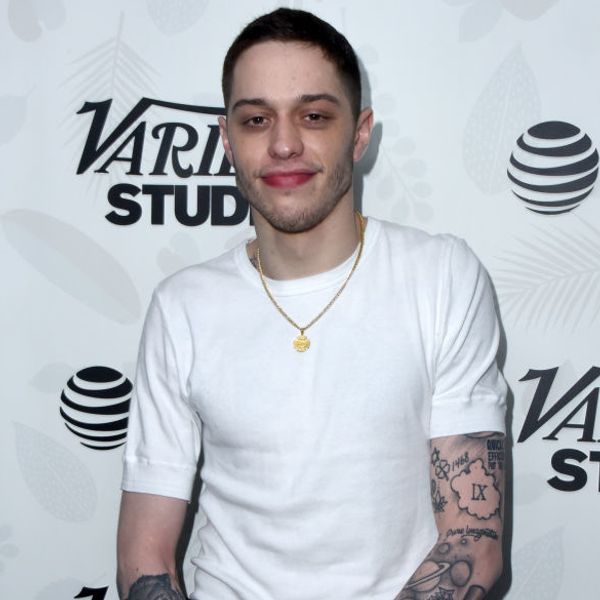 Pete Davidson and Kate Beckinsale Are Over

Another tabloid-worthy Pete Davidson romance reportedly bites the dust: the SNL comic has called it quits with Kate Beckinsale. Happily, the rebound relationship that truly no one saw coming likely ended on amicable terms.

Entertainment Tonight and People are reporting that the two have either "slowed things down" or completely called it quits, although they're "still friendly." Could conflicting schedules be an issue? Davidson is currently living in his mom's basement, starring in SNL, and touring with John Mulaney. Beckinsale is starring British TV series The Widow.

Davidson and Beckinsale first got together at a Golden Globes after party, not long after the comedian's engagement to Ariana Grande ended with a bang. They've been frequently sighted in public — never forget those courtside make out sessions feat. Antoni. Davidson also spoke about the relationship on SNL's Weekend Update segment, wondering out loud why tabloids were so obsessed with his and Beckinsale's age gap. Even Ariana gave the relationship her blessing.

RIP, Deckinsale! We'll always have the memories, and trust that Davidson's famously Big Dick Energy will serve him well in bachelorhood.