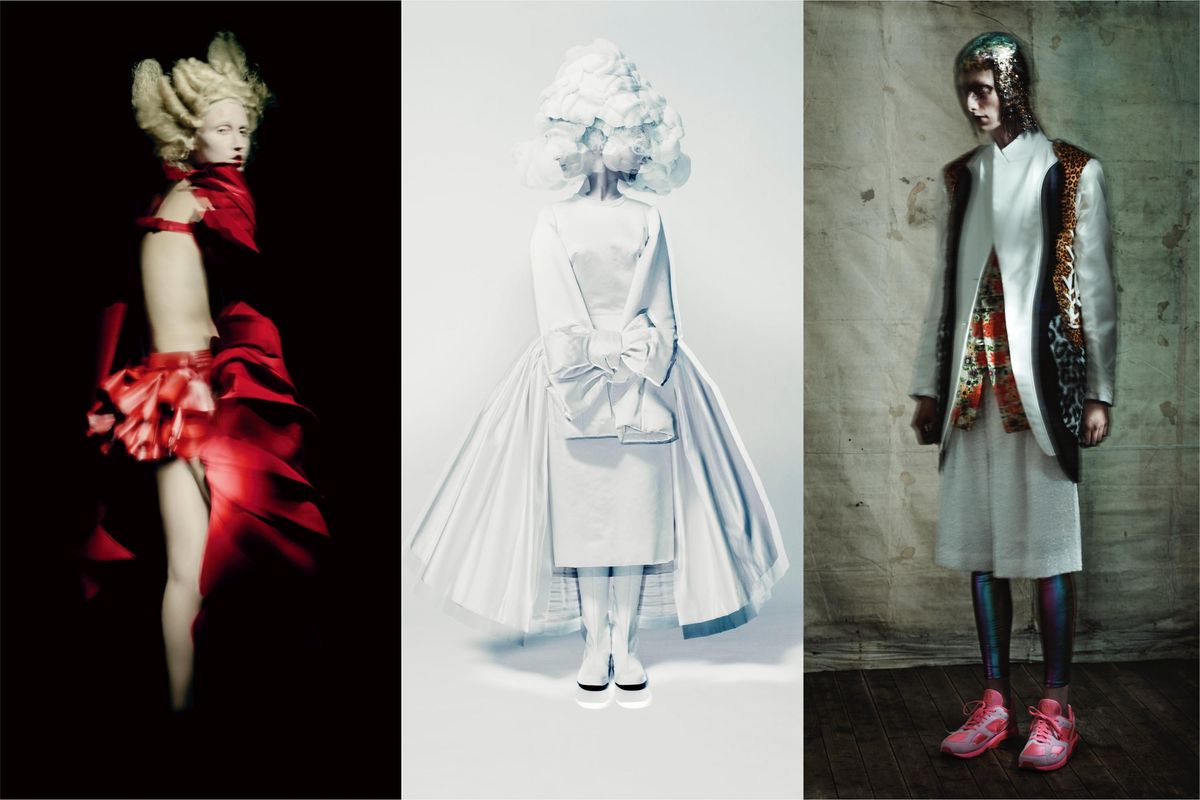 When Comme des Garçons first burst on the Paris fashion scene in the '80s, it ushered in a revolution that sent shockwaves throughout the industry. The brand's deconstructed, avant-garde aesthetic unsettled many critics at the time who were jarred by the anti-fashion approach of Rei Kawakubo. One of the few to actually embrace the designer's oeuvre early on was the Italian photographer Paolo Roversi, who's been collaborating with the iconoclast for the past four decades.

So when Roversi was presented with an opportunity to stage his first solo exhibition in North America, it was only fitting that it would focus on his relationship with the influential Japanese brand. Paolo Roversi: Birds, which takes place this year from January 30 to August 22 at the Dallas Contemporary, features over 40 of the photographer's works. (The name Birds is a nod to Roversi's blurry, abstract approach that highlights his use of movement in photos.)

"My collaboration with Rei Kawakubo goes back a long time and each time working with her is a new inspiring adventure," said Roversi. "As Dallas Contemporary is bringing all arts — including fashion — closer, it seemed a good opportunity to show my work together with hers." To that end, a few of the photographs on display have never been seen before, while others are some of the photographer's best-known works, some of which were shown at the Met's 2017 Comme des Garçons exhibit.

Birds was co-curated by the Dallas Contemporary's executive director Peter Doroshenko and independent creative consultant Dennis Freedman, formerly of Barneys New York and W Magazine. This marks the art museum's first opening since the pandemic hit, as Birds was originally slated to open in March of last year. (Previous fashion exhibits hosted there include retrospectives by Jeremy Scott and Mary Katrantzou.

"He's not being afraid to induce experimentation in his photography, whether that's having a model move, or for him to leave a thumbprint on the lens, or create a backdrop that is not typical in a shoot," Doroshenko tells PAPER of Roversi's work. "There's always this level of awe and I think a very European distressed look to each photograph even if it's very luscious and very beautiful and the colors are radiant. There's still this grit that is very prevalent in Europe that doesn't translate well to other parts of the world. That really has always been there and that's obviously his signature in terms of whatever work he does do."

Inside, visitors will encounter colored walls with groupings of Roversi's photographs in varying sizes when entering the galleries. One immediately gets a sense of how the two fashion trailblazers have exchanged ideas and creative philosophies throughout their impressive careers. Most of the images are negatives that Roversi have taken over the years and were printed once and never shown, reproduced or used by Comme des Garçons.

"It really is a unique experience to see a variety of works that were intended to be used but there's only so much a company could do with them or a photographer could do with them," says Doroshenko. "It's nice that we'll be able to assemble them in the exhibition that we have here in Dallas."