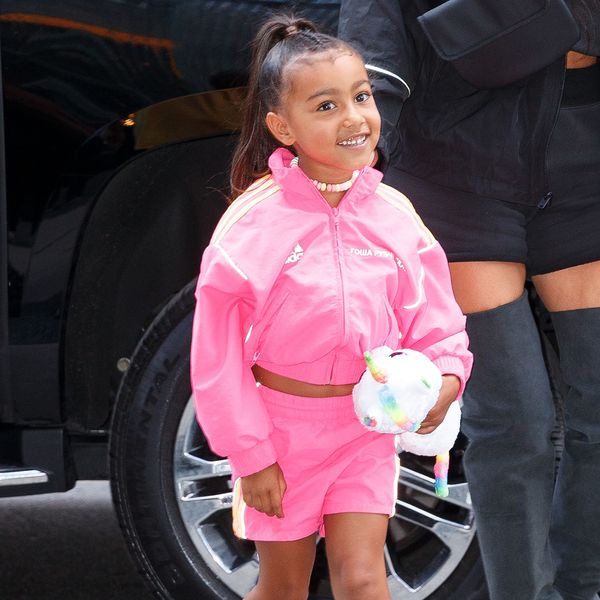 The secret's out! North West apparently has a secret TikTok and even has some content already in the works.

That's right, at this year's Vanity Fair Oscars afterparty, Kim Kardashian spilled the beans to Entertainment Tonight and revealed that they love playing with the app.

"North has a private TikTok account, so we do lots of TikToks together, and she puts them in drafts," Kim revealed. "She's not allowed to post them, but we have a lot of TikToks."

That said, even if the clips are currently under lock and key, Kim said that we will definitely be seeing North's videos at some point.

Explaining that she may post one of their collaborations soon, Kim went on to hint that she may let North join as a public user soon — which would mean that she'd finally be able to join aunt Kylie Jenner and cousin Mason Disick on the platform.

And given North's inherent star power, we honestly can't wait to see what she comes up with. Now, the only thing left is to hope that TikTok verifies the right account this time.