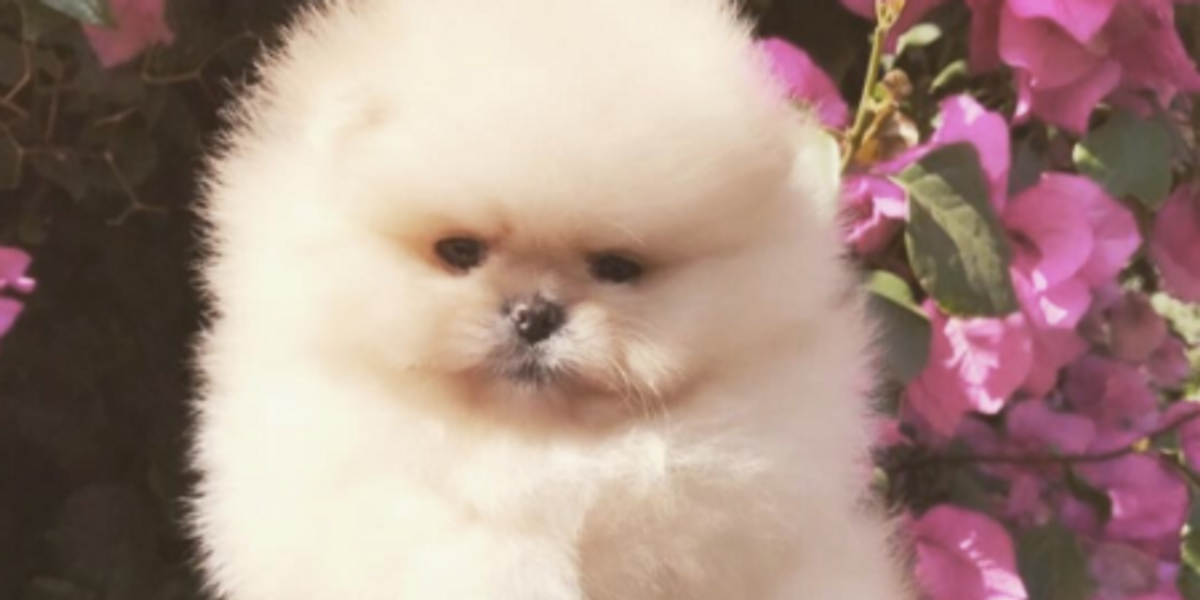 North West's Extremely Cute Puppy Gets Named By the Internet

If you've been following that key point in the news cycle venn diagram where internet culture, dog culture, and Kardashian culture meet (it's my job, what's your excuse?), you'll know that North West recently received an ungodly cute orange Pomeranian, and that her mother polled her trusty band of 53.9 million Twitter followers to crowdsource the lil cotton ball's name.

Per the poll, the pup, who is no bigger than a tuft of baby hair, was almost named Peachy Pops. Peachy Pops is cute and all, but it also kind of sounds like something an actual small child would have come up with and if that was the goal then North could've just named the dog herself.

Instead, the family went with third runner up Sushi, so that Nori and her puppy can play in on-brand peace for years to come.