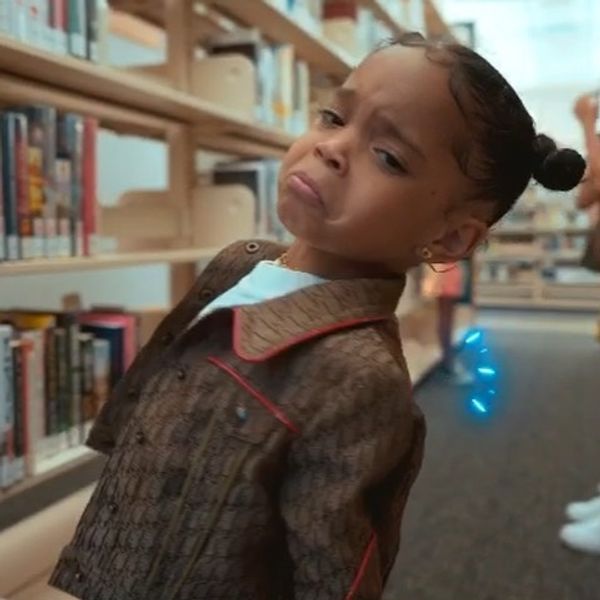 As Kim and Kanye were proud parents watching young North perform, others questioned their lack of credit to the song's original creator.

After North's performance, ZaZa's parents took to Instagram to explain the backstory behind "What I Do?", and to ask the Kardashian-Wests to acknowledge their inspiration.

While this seemed to resolve the matter at hand (ZaZa's parents posted Kim's comment to their story with the caption "All love, all good"), it brings to light a much larger, ongoing problem. Celebrities of Kardashian caliber are often caught referencing — or even appropriating — the work of lesser-known artists without giving credit (think: when Ariana Grande's "7 Rings" sounded a little too familiar to Princess Nokia's "Mine").

Naturally, Twitter users had a lot to say on the matter, below:

Instead of just paying that lil girl Zaza to perform they gave it to North to ride her wave. Very on brand for this… https://t.co/bgUPEke8nv
— Gisellé Nala (@Gisellé Nala)1583186183.0