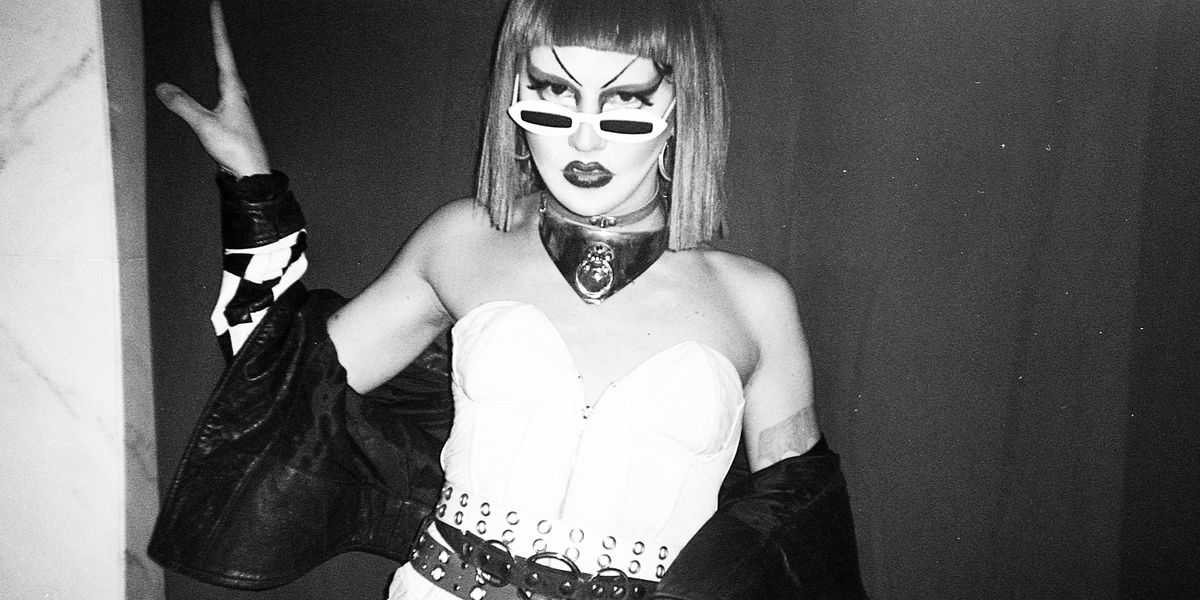 The photographs in Los Angeles-based photographer Nikko LaMere's new series, "In the Night," are in black and white, but somehow the scenes are so vibrant that the hues of sparkly jackets and fierce cut creases transcend color. "I was intrigued by the flamboyance and started to seek it out in both queer and non-queer spaces," LaMere says of the series. The resulting project is one that has all the gloss of a celebrity-driven LA nightlife scene and all of the glitzy grit of an after-hours party.

Immediately, influencers, artists on the rise, and celebrities will catch your eye; Candy Ken flexes expertly in a metallic G-string, Dorian Electra poses with fellow singer Chester Lockhart, and Allie X stares ominously, her brow bone covered in a glittery sheen. These are just a few stars in the bunch, with each singular celebrity seeming to blur into the previous one — a clear mark of an LA night out.

The images are captivating, yes, but more than anything, they talk. Many are candid, mid-motion moments that are imperfectly posed and focused. Drinks swish to the rims of glasses, glitter is caught mid sparkle, and homemade garments stretch gently across the curves of each subject's body. "In the Night" is less of a diary and more of a play-by-play transcription of a late queer evening into an early queer morning. There are no drunken slips, no accidental spills, and no selfish rules — only west coast abandon.