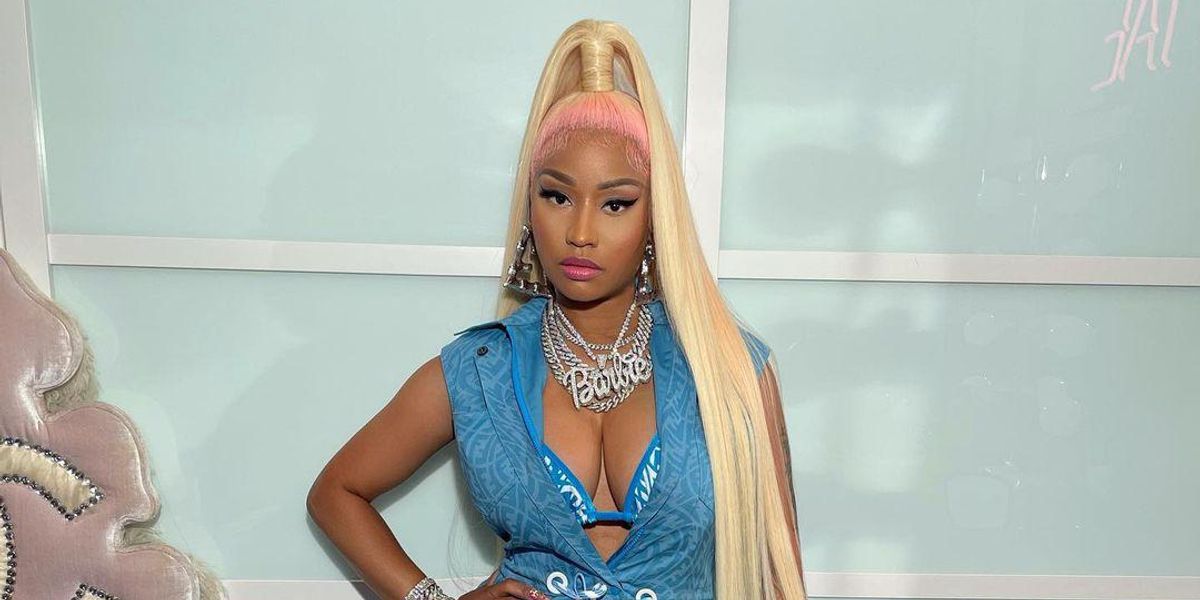 Good morning! Remember the perfect year that was 2009? Today we get to time travel back there, because Nicki Minaj has released her Beam Me Up Scotty mixtape on streaming services for the first time, to celebrate its 12-year anniversary.

As teased on social media all week, Minaj included two new songs, "Seeing Green" feat. her longtime Young Money collaborators Drake and Lil Wayne, "Fractions" (invented math) and a remix of Skillibeng's "Crocodile Teeth." A few tracks from the original mixtape didn't make the cut, such as "Feel Free" and "Mind on My Money."

Nicki as a general rule doesn't upload any of her mixtapes to streaming. She told Barbz that she was making an exception for Beam Me Up Scotty as a treat for her extremely loyal fans. "This is the 12-year anniversary of the mixtape, and a lot of you have been there with me for so fricking long," she said during last night's much-anticipated Instagram Live. "So because this is the anniversary, we thought we would do something special."

Minaj also confirmed she has a brand new album in the works, as follow up to 2018's Queen. Other memorable highlights from the livestream: Minaj saying hi to Halle Berry and Drake, and revealing that Papa Bear recently said his first word, "Mama." She may or may not share a video of that moment soon.

Related | Nicki Minaj Had Her Baby!

Minaj also said that fans on her mailing list will get an exclusive letter soon revealing more about what she's been doing during her hiatus. It sounds like she went through a stint of writer's block in recent months, but "all of a sudden" her inspiration returned, with the help of Drake, who insisted she appear on "Seeing Green."

"When you're gone, I'm speaking for everybody on the Live, when I say we really miss you," Drake told Minaj during the slightly chaotic stream. Seconded!

We hadn't been able to sleep since Monday, when Minaj blessed us with her first Instagram post since January. It featured footwear-of-the-moment Crocs, as well as Chanel-branded candy. The post was cryptically captioned with just the word "F R I D A Y" and a crossed finger emoji. In a follow-up post, Minaj posted a few lines from "Fractions."

Despite vaguely entering retirement and giving birth to her first child over the past year, she's actually remained fairly active in music, memorably putting down a verse for Doja Cat's "Say So" remix and, uh, 6ix9ine's "TROLLZ." More upcoming Nicki content: an upcoming HBO documentary series about her life and artistry, dates TBA.

Today, truly, belongs to the Barbz. And they deserve it. Listen to Beam Me Up Scotty, below.