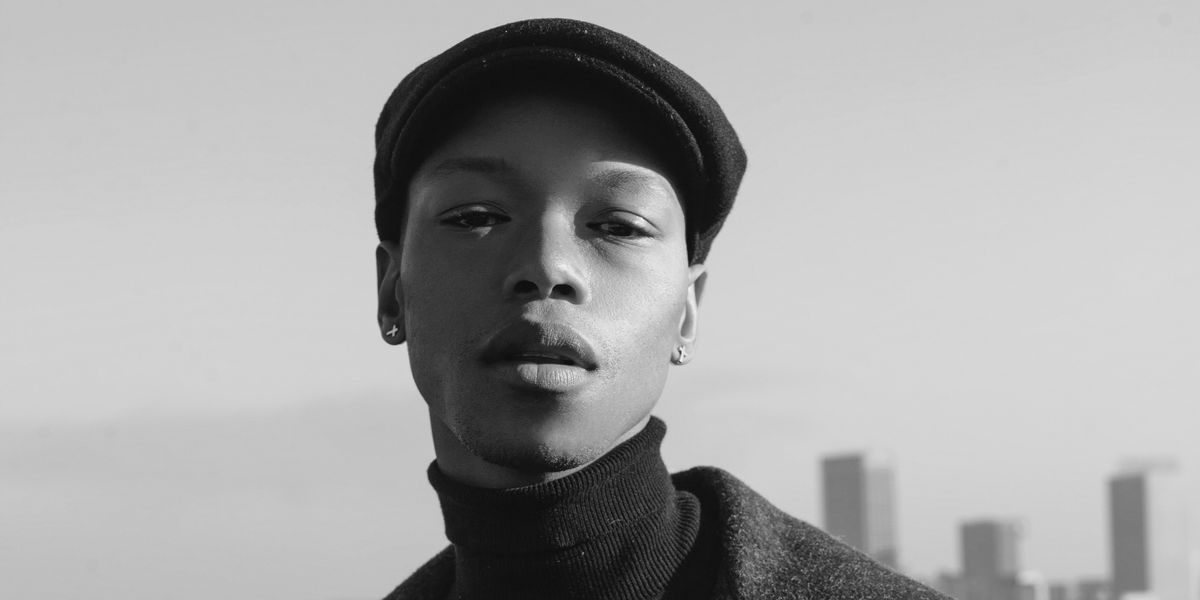 John Cameron Mitchell, the director behind '80s queer glam musical Hedwig and the Angry Inch and recent indie flick How To Talk To Girls at Parties (as well actor who's been dominating streaming lately on Shrill, The Good Place, Mozart in the Jungle) is preparing an iconoclastic rock opera in the form of an "anthology podcast" called Anthem: Homunculus.

Anthem began as a sequel to Hedwig, but quickly grew far beyond the original story into a 10-episode series that debuted last week on Luminary, about "a broke, solitary, and bitterly funny shut-in, Ceann Mackay (played by Mitchell) launches the world's first online radio "tumor telethon" to crowdfund his brain cancer care."

It's the first podcast-musical of its kind, and certainly of its scale. To bring to life his strange vision Mitchell sought out equally rebellious collaborators. Alongside the likes of Marion Cotillard, Patti Lupone, Cynthia Erivo, Denis O'Hare and Laurie Anderson, Mitchell enlisted queer South African luminary Nakhane to embody the character of Jairo, a young man who "struggles with a host of demons."

Today PAPER shares the soundtrack component of the avant-pop singer's contribution to Anthem: Homunculus, an arrestingly gentle acoustic guitar ballad, in which Nakhane muses with the pleasant theatrical vocal flourishes and soulful intensity that permeate his solo music, on religion and uncertainty. Written by Bryan Weller, along with the rest of the soundtrack, which comes out on Monday, Nakhane turns the song into a quiet but vital struggle hope and lostness.

Nakhane has become an indie darling in the states, in the mold of (his friends) Perfume Genius or ANOHNI, after releasing his stunning debut album in America You Will Not Die, which tells the story of his upbringing as a queer man in a devout religious community. His name might sound strange in the mix of Anthem's veteran performers. However, Nakhane established himself as an actor in 2017 film The Wound, about a gay relationship in the South African Xhosa. His community got him death threats in his home country — and noticed by Mitchell.

"We became aware of Nakhane's acting in The Wound, and after that heard his music, and heard the story of his life and about everything else he's up to." Weller tells PAPER. "He is an absolute polymath and a wonderful person. Since so much of himself shines through his work, it just clicked that he would be the one who could find the levity and the depth in his character, Jairo, as well as deliver musically with his range that we found had no limits. This song is Jairo's quiet centerpiece. It's the only song of the entire musical that's just an acoustic guitar and voice, as his character is left almost-alone to reveal his secret struggles with a host of demons."

Anthem: Homunculus is streaming weekly on Luminary. The full soundtrack is out May 20 on Ghostlight Records.