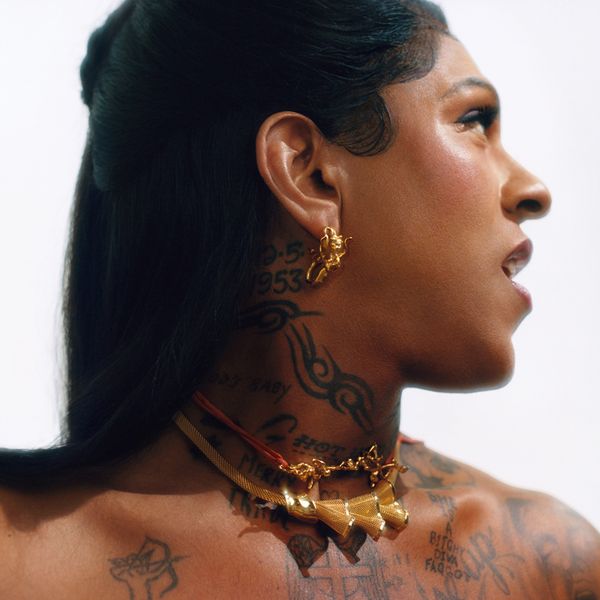 Mykki Blanco is done taking the disrespect, both privately and online. Following a public call out to Universal after never receiving proper compensation for her work on Teyana Taylor's 2018 album, K.T.S.E., the performer says she finally got paid.

"2 years of emails between managements, lawyers etc / red tape and bullshit but 24 hours later I don't have to worry about my bills for the next few months," Blanco wrote on Instagram. "Y'all can say that even after 2 years I could have handled it another way. My shit got taken care of. What people delayed for MONTHS actually could have been handled in minutes."

Last week, Blanco took to social media to reveal that she still had yet to receive the paycheck. Two years ago she was featured on Taylor's track "WTP" with writing and production credits, which, by the way, took a year for her to even receive credit for. Blanco also said she wrote Kanye West's rap verse on the song "Hurry."

In a now-deleted Instagram post, Blanco urged people to stop streaming "WTP" altogether, saying that Universal Music Group still hadn't paid for the feature. "The reason I have gone public with this is not to bad mouth @teyanataylor, but her ENTIRE team and Universal have treated me WITH SO MUCH DISRESPECT, THEY HAVE TREATED ME BAD YALL," Blanco wrote in the post. "These people have been flippant, rude, they have lied, delayed, found me 'harmless' and 'inconsequential.'"

Blanco decided to speak out because she was losing touring income due to the COVID-19 pandemic. "I've had it, everything associated with this song and these people is ANTI-LGBTQ," Blanco said in the post.

Ima end it like this. Real simple. STOP STREAMING WTP. #StopstreamingWTP 🤷🏾‍♀️ @UMG @kanyewest pay her & keep me out of the drama. I don’t bother anybody. I’d like to continue my unproblematic life in peace. 🤎

Taylor responded to Blanco's post with a tweet, tagging West, Universal Music Group and Def Jam Records, calling for them to "figure this shit out and keep my pregnant ass outta this."

"ALL of it falls on Kanye because he put Mykki on the song," she wrote in the post, claiming she didn't know Blanco was on "WTP" until she heard K.T.S.E. days before its release. She said she initially wanted someone else on the track, but instead personally paid to include Blanco in the "WTP" music video.

"Mykki u wack for how u going out, cause YOU KNOW I have nothing to do with this & YOU KNOW I PERSONALLY made sure you was properly taken care of on my end," Taylor said in the post, consistently misgendering Blanco throughout (She later claimed she didn't know Blanco is trans). She also went on to condemn Blanco for emailing her mom and her team saying if Universal Music Group and Good Music didn't pay, she would make it a PR nightmare.

Taylor has been known to condemn K.T.S.E. and the way the album was handled as a whole. Even though she is responsible for the project, she feels that the people who actually put out the album should be the ones held accountable here — namely Kanye West, who has given no response.

Ultimately, as Blanco added on Instagram, "Always control your narrative. No matter what."