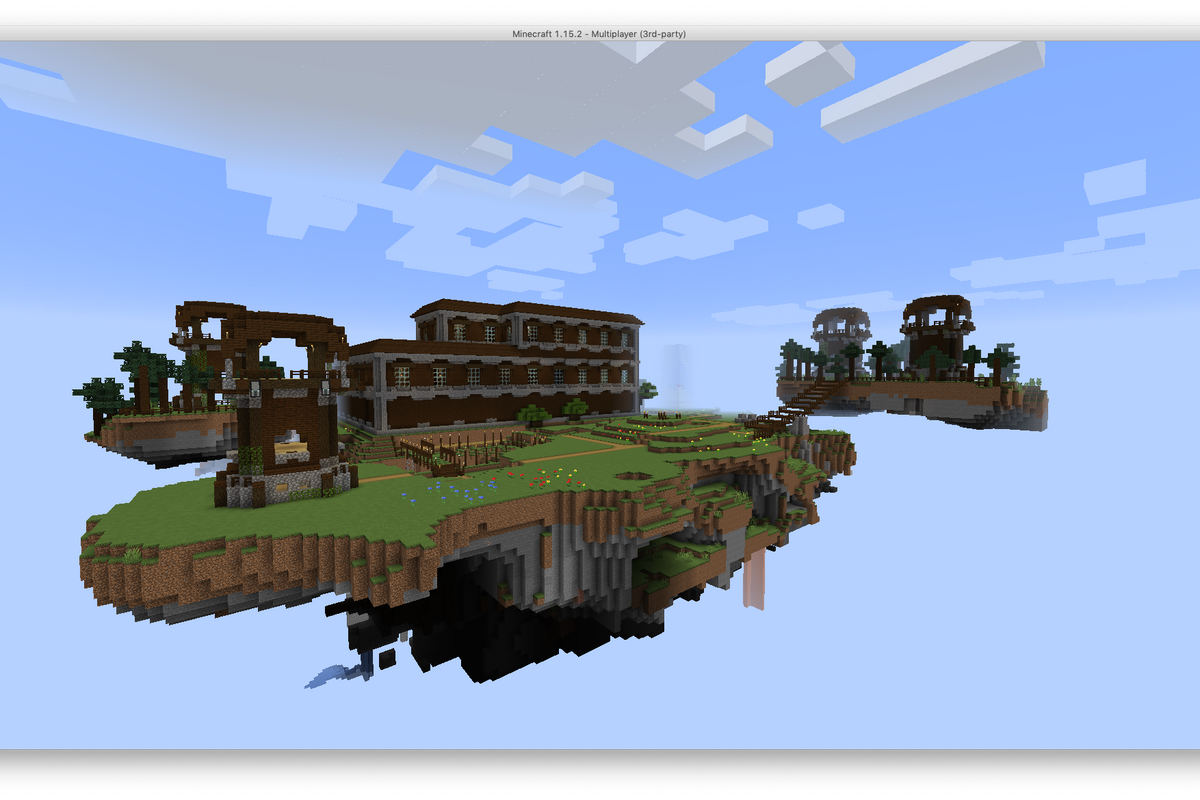 What began as visions of McGuire's favorite festival spots transformed into vivid recreations of the locations built with blocks in Minecraft, and the vibrant atmosphere of outdoor festivals came to life.

The in-game festival contains all of the elements that attendees are missing from their usual summer outings: camping (attendees can set up on empty plots with friends to showcase their building skills and compete for a private DJ session), games and live music are all key in the Rave Family Block Fest experience.

Some of the top EDM artists made their way onto the lineup: Steve Aoki, Rudimental, Diplo and Deadmau5 are all set to take the virtual stage over the course of the festival. Additionally, McGuire explained that Paris Hilton will host parties for ravers in her digitally recreated nightclub.

"The funny thing about the bigger names is that the reason they're on the lineup is because they were personally very excited," McGuire said. "...and with all these artists, literally they saw the videos and everything of the game and they were like, 'This is so cool.' So it's not even like we paid their booking agents or anything to get them on board; they literally just thought that this is really cool and wanted to do it, which is really awesome."

McGuire wanted to ensure that representation was of top priority at the Rave Family Block Fest, so rather than booking people based on their "clout," she explained, stage-hosting artists curated their own lineups. As a result, the festival's final artists soared beyond the "self-perpetuating cycle of a bunch of white dudes getting booked for festivals."

"What we ended up with was a much more representative festival," McGuire said. "We have eight or nine stages hosted by [women]; we have just as many, if not more, hosted by people who are Black or people of color; we have an entire festival of artists who are of Indian descent. So, that's another thing that I really hope changes is that we need to stop looking at people based exclusively on popularity because it just creates a cycle of 'everybody looks the same,' and representation matters."

McGuire wanted to ensure that the artists were supported financially, so most of the revenue from the event's ticket sales will go directly into their pockets; McGuire also noted that, at most festivals, this is not the case.

As many musicians struggle without live events during COVID-19, McGuire believes that livestreaming will become the new normal for the foreseeable future, but the market can only be successful if artists are getting paid for those virtual shows.

"I was really worried when the pandemic started because I don't think most people realize that most artists make all of their money on shows; very, very few artists make meaningful money from their music," McGuire said. "So I was really worried for most of my friends who are not the headliners. They're fairly successful in their own right, but the people that have 2,000 to 10,000 Instagram followers, that's actually what drives the music scene. Local, somewhat well-known DJs in different cities are what really make electronic music run. And then they eventually become headliners."

Beyond supporting individual artists, Rave Family Block Fest is also fostering opportunities for festival-goers to donate to important organizations (The Bail Project, Campaign Zero and ByeByePlastic, which is dedicated to eliminating single-use plastics at music festivals) at checkout. Ticket buyers can also register to vote with HeadCount.

"[We chose The Bail Project because] I don't think most people realize how bail works, or how when you get arrested for something, even if you are acquitted, even if you didn't do it, it can be a very expensive process," McGuire said. "And especially so if you're arrested for doing something, like protesting, right? If you're doing something worthwhile and you'd be getting arrested, it shouldn't bankrupt you. It shouldn't cost you a paycheck to go do the right thing and protest injustice. So that seemed really important to me."

From the social impact to the artist support, McGuire hopes that Rave Family Block Fest and festivals like it can begin to reform the live music industry when it comes to revenue and the way we consume art.

"I really hope that this shifts the paradigm of how people think about how we pay artists and who is actually making money from festivals," McGuire said. "...I really hope that we can kind of shift the focus so that people realize that the people who actually make the music and create the art that we all enjoy are not the ones that benefit the most from most festivals. So I'm really hoping that by doing this, the way that we're doing it, it changes things for them."

Rave Family Block Fest kicked off on July 9 and will end on July 13, but McGuire said that three weekends of replays will ensue for those who don't get to attend the first time around. Tickets (called cover charges) start at $10, and over half of each purchase goes directly to the artist that attendees choose to support.