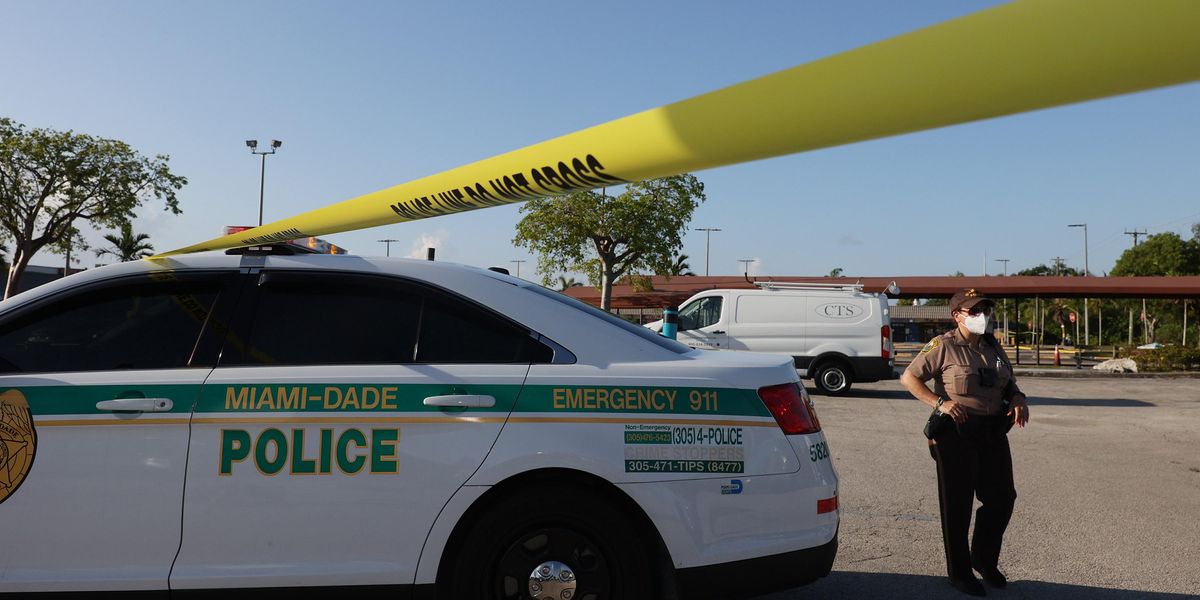 A mass shooting in Miami early on Sunday morning left two people dead and 20 others injured, according to the Miami-Dade Police Department.

According to police, three people got out of an SUV and started shooting into a crowd outside a "scheduled event." NBC Miami reports that the venue was a banquet hall hosting a concert. After the attack, the suspects hopped back in their vehicle and drove away.

Miami-Dade Police Department Director Freddy Ramirez said that it appeared to be a targeted attack. "These are cold-blooded murderers that shot indiscriminately into a crowd and we will seek justice," he tweeted. "My deepest condolences to the family of the victims."

No arrests have been made so far. A $100,000 reward is being offered to anyone who helps arrest and convict the suspects.