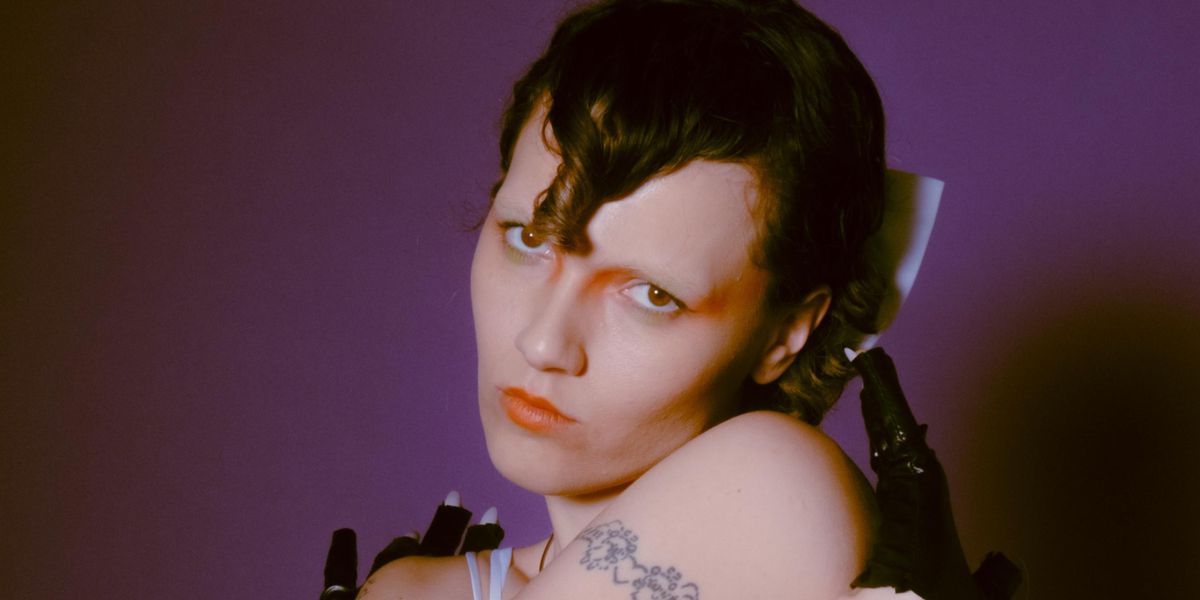 Hailing from the Hermosillo province of Mexico, Meth Math is the hot new demonic reggaeton trio tearing up the country's underground DIY scene.

Comprised of singer, artist and fashion designer, Ángel Ballesteros, and math teachers by day and producers by night, Error.Error and Bonsai Babies, Meth Math first formed over a horror film they shot together and since have gone on to make a name for themselves with nightmarish takes on Latin club music.

Even though the trio has only released a handful of songs so far, Meth Math has developed a distinctive sound that blends elements of IDM and deconstructed club into reggaeton rhythms to create sinister dancefloor fairytales.

Meth Math's latest sees the trio teaming up with producer Sega Bodega for their new single, "Tambaleo." Full of wonky synths and a snaking vocal, the track is "made for helping you defeat the final boss on Mortal Kombat," according to a press release, and unfurls like stumbling along a dark, winding road.

PAPER caught up about Meth Math to get to know the group better, talk about "Tambaleo" and find out what's currently on their mind.

How would you describe Meth Math to the uninitiated?

Pulses of something sexy with a nostalgic aura.

How did you all first meet?

We met first 457833 years ago when we were bugs trapped in the same spiderweb.

What was the inspiration behind "Tambaleo" and how did the collaboration with Sega Bodega come about?

Bonsai Babies was writing lyrics about the paradox of twins. When one travels though space and time and the other one doesn't, the adventurous one stays younger while the other one becomes old, living the same life every day over and over. And then Sega hit us up with a beat and it fit perfectly to the lyrics we were already working on. It was meant to be.

What would you say are some of your influences?

Who is on your heavy rotation at the moment?

Dressing up, doing make up (I love this part) performing (love this one more) in Club Obregon (my favorite bar in Hermosillo), drinking caguamas, playing Catan or Domino or Chess after, eating ramen, watching something scary and kissing someone.

If you had a date with the Devil, where would you take them?

This makes me think of the date the Devil had with Arca in "Time." Makes me wanna copy her... But to be real, I would probably end up going to Club Obregon.