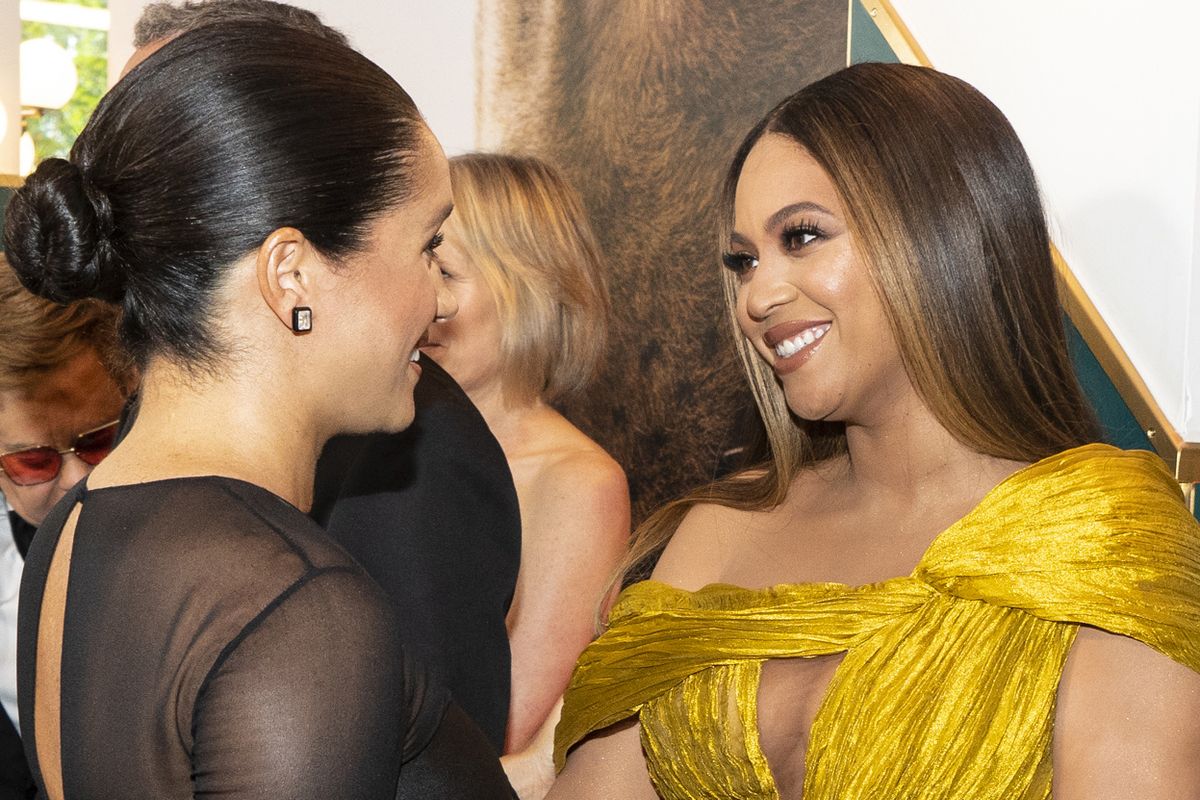 On Sunday, a gathering of royals took place at Disney's The Lion King reboot premiere in London. At the event, living legend and queen of the music world Beyoncé met Duchess of Sussex Meghan Markle, and it was quite the moment. The two greeted one another with a hug on the red carpet.

This was the first time these two powerful influential women met, at least publicly. Markle, of course, attended Sunday's premiere with her husband Prince Harry, Duke of Sussex while Jay-Z was also by Queen Bey's side.

I’ve got a feeling this is what you might hVe been waiting to see 😉 pic.twitter.com/eICJgwlrJk

Lots of baby chat between Harry and Meghan and Beyonce and Jay-Z pic.twitter.com/qvLtonqSMy

After greeting the British royal, Beyoncé, was reportedly heard telling Meghan, "that baby is so beautiful," referring to the Sussexes' newly-baptized baby Archie.

Previously, Beyoncé gave a social media shoutout to Markle back in February by posting a photo of her and Jay-Z standing in front of Markle's royal portrait. She wrote in the caption, "In honor of Black History Month, we bow down to one of our Melanated Monas. Congrats on your pregnancy! We wish you so much joy."

We're glad these two queens finally met, our minds have been fully blown, and the Internet is currently exploding.

Meghan went from talking about Beyoncé on Instagram to now this.
The upgrade continues 🙌🏾 pic.twitter.com/othkPu91RT

BEYONCE ARRIVING AFTER THE DUKE AND DUCHESS OF SUSSEX BECAUSE SHE IS THE QUEEN IS WHY I LOVE HER. #TheLionKing

It has happened and I just cannot deallllllllllll.

You know Meghan is giddy AF to be meeting Queen Bey in this way. What a wow! #TheLionKing https://t.co/XM2NWSf8Dc