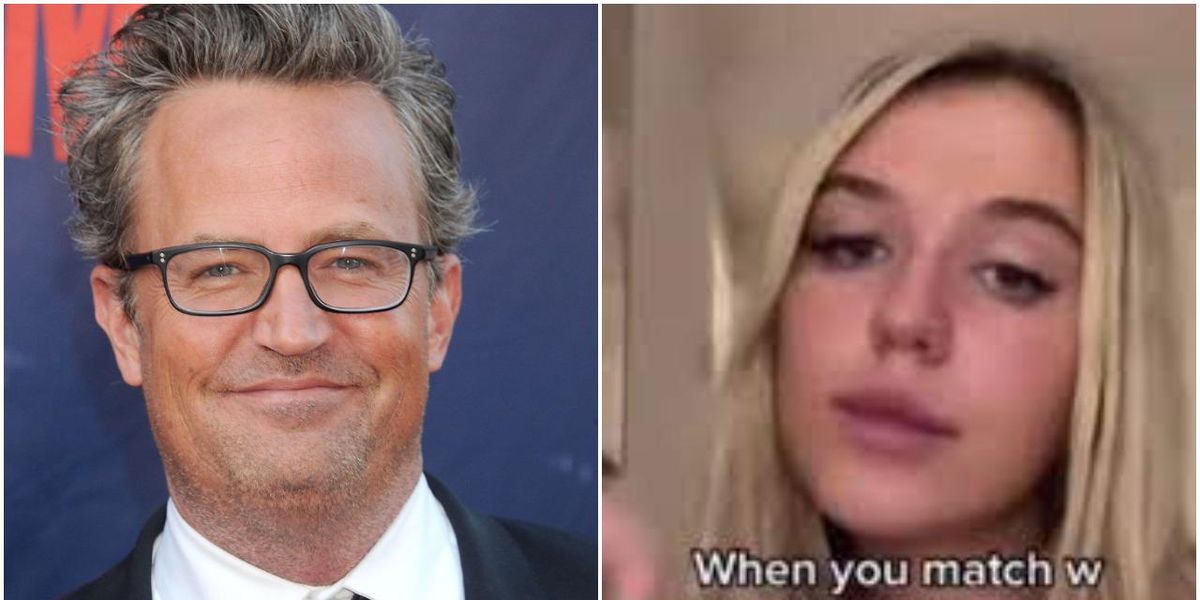 It all started, as memes often do, with Ben Affleck. Actress and influencer Nivine Jay went viral earlier this week after sharing on TikTok that Batman himself had slid into her DMs with an unusual and revealing video.

See, Jay and Affleck had initially got into contact via famous person (or, most often, vaguely clout-y DJ) dating app Raya. But Jay had unmatched with the actor, believing his to be a troll account. Affleck made the effort to track her down and film an honestly pretty funny video where he deadpans: "Nivine. It's me."

The video spread from DeuxMoi to all over the internet, and soon enough others were sharing odd stories of Hollywood men navigating the influencer dating world. In a since-deleted TikTok, user Kate Haralson recalled how Friends star Matthew Perry had once FaceTimed her after they'd matched on Raya, when he was 50 years old and she was just 19.

Haralson deleted the TikTok after legions of people came after Perry, and she insists he's not a bad guy. But she did tell Page Six today that her story is part of a disturbing trend of older men flirting with young women on social platforms.

"A lot of people were saying I'm a bully and mean for posting this, and it made me feel kind of bad, but at the same time, I feel like a lot of guys in Hollywood are talking to all these young girls and it's something that I think a lot of people should be aware of," she explained to the gossip outlet.

She added that she'd never even really watched Friends, and mainly agreed to FaceTime Perry because she thought it would be "funny." The two ended up playing 20 Questions, and there were some... awkward flirtations on Perry's part, including him asking Haralson whether he was older than her dad. (He is, by a year.) She says she told the actor upfront that she was 19, and he didn't seem to mind.

Related | The Celebrity Tea Account Getting Us Through the Pandemic

Haralson stressed that she wasn't romantically interested in Perry, and their conversation never came to anything, even though he suggested they someday meet IRL after the appropriate COVID testing. The now-20-year-old concluded the interview by saying: "Honestly, it's not really okay for these older guys to be talking to such young girls."

And you know what? We'd tend to agree.