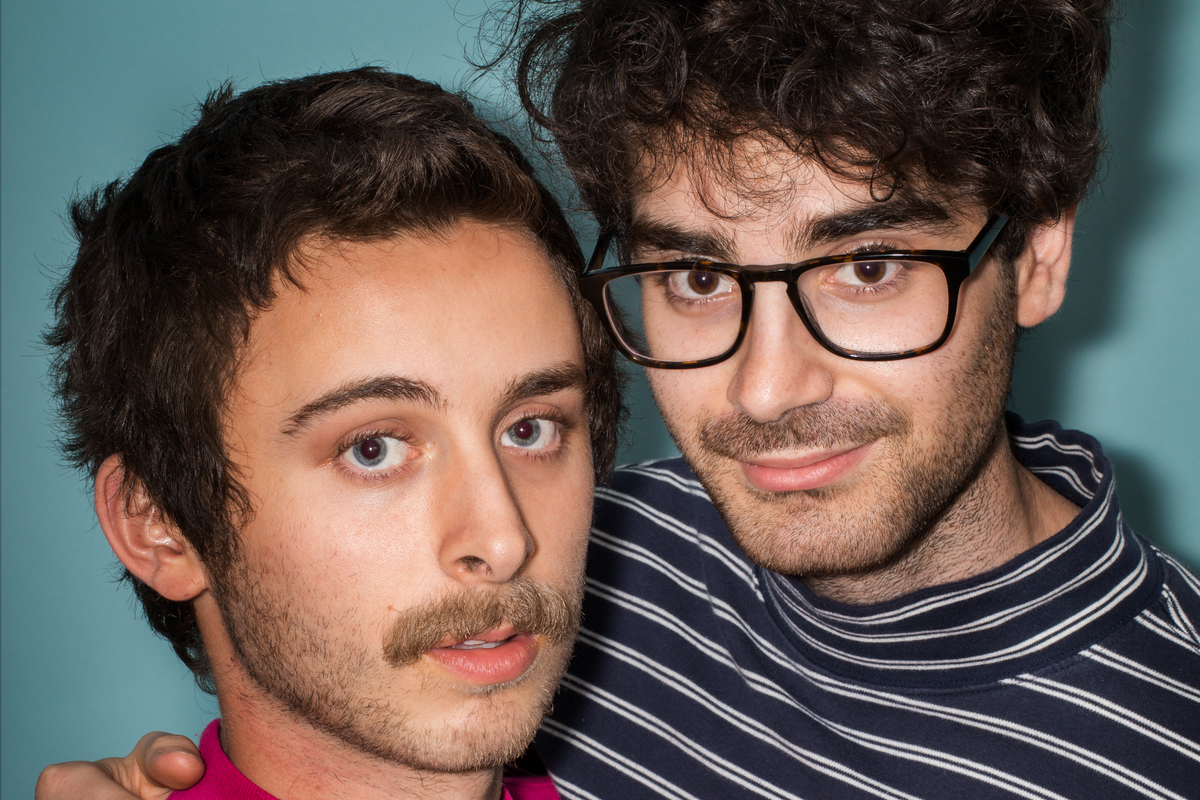 Say hello to Henry, the frontman of Maryanne Bold, a LA-based duo you'll immediately add to your driving playlists. Henry Maclean and Dylan Grossman are college friends turned collaborators who created Maryanne two years ago and have been making music easy to move to ever since. Henry's voice is high and soft and sweet and Dylan's ability to craft a sonically soothing track makes for the perfect music to dance to, drive to, and cry to of course.

We talked to Henry about his inspiration for their latest video, the beauty of platonic friendships, and who is Maryanne Bold. The video opens with Henry shaving his head, so you know all the feeling are about to set in.

Who is Maryanne Bold?

Dylan and I met at Emerson College in Boston and had known each other for a while, but only started making music when I came to LA to do a semester of school. Dylan showed me a beat he was working on that we started building upon and that ended up turning into the first song on our EP, "Henry Says I Love You." We made and released a video for it and quickly realized we had to come up with a name for our music…we picked Maryanne Bold because it sounds like it could be someone's real name, but it's a little theatrical and cute, like a stage name.

I also had a neighbor growing up that I called my adoptive grandma, her name was Maryanne. She played a big role in my development and was one of the kindest and funniest ladies around, and so the first name is just a nod to her as well.

What were you saying with "Holy Tension" both sonically and visually?

I was trying to make sense of how identity-altering it can feel to both be to feel so strongly about someone. I was searching for a way to describe how powerful it can feel when you acknowledge brand new love and let it take you over. That feeling can also be something that can be too self-informed, and if it's not handled with emotional responsibility and care, it can be unsustainable. Many songwriters write love songs from the vantage point of how love makes them feel, and they're often poetic in nature (Hence the first line: "My love is like a self-obsessed flower and / it blooms in just an hour and a half or maybe two"). I want to respect the love I've felt and also acknowledge the sacred tension within it – how it has the potential to not last forever.

In the video there's a second element too. During the time I wrote this song (about a year ago) I came to further appreciate the powerful Platonic relationships I have. I feel like that type of love can inform the overall experience of being sensitive and truly open towards others. I'm talking about open communication, real vulnerability, and understanding. Those qualities I feel (in my experience) some male-identifying people have trouble expressing…

But my friend Chris who stars in the vid with me is an exception to that—he is caring, and open, and I never feel weird expressing any feeling I have around him. So the stuff in the video is about embracing that journey of opening up to the ones you care about, and taking that step.

What can we look out for from MB?

This song is part of an EP ("Advanced Party Vol. 1," stream it on Spotify!) Dylan and I put out a little while ago, and we have a new single coming out hopefully before the end of the month, with a super fun video to go along with it. Stay tuned, subscribe on YouTube, yada yada!