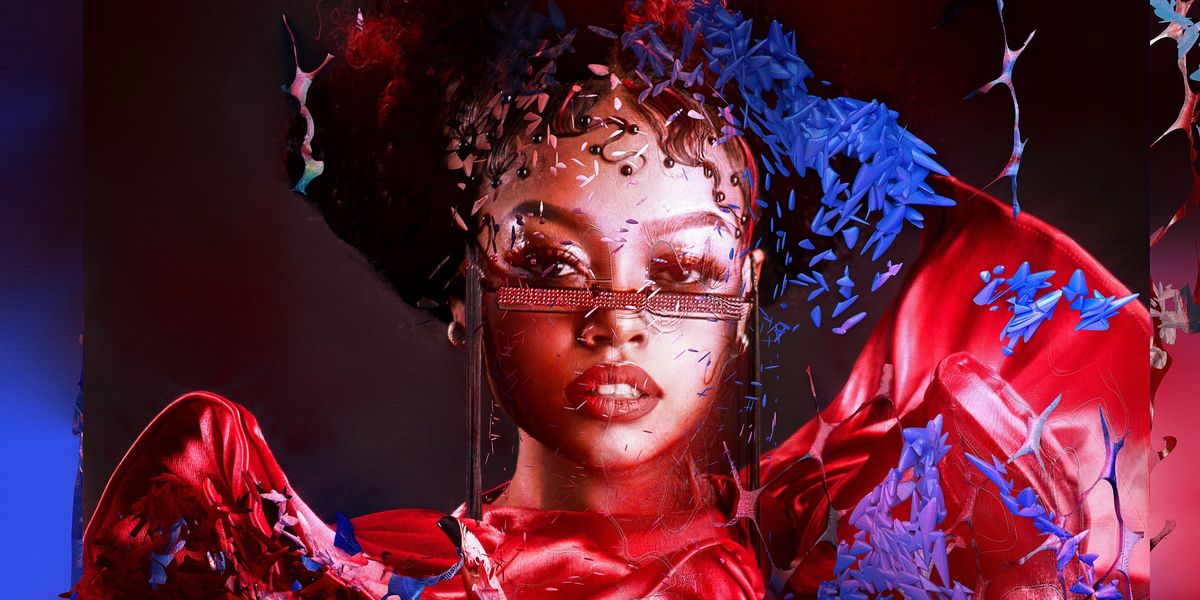 Maliibu Miitch Is a Cyber Princess for Designer Kaimin

One look at the impressive designs from New York-based designer, Kaimin, and you know these clothes are anything but ordinary. As the acclaimed cyber goddess behind some out-of-this-world costumes for everyone from Björk to Nicki Minaj and Lady Gaga, the part-South Korean, part-Japanese designer isn't done innovating her own ideas further (and further).

For the brand's most recent fall 2019 collection, aptly called 2081: CYBER-ORDINARY, the designer envisioned a dystopian version of the future that references a short story written by Kurt Vonnegut in which humans are made equal by way of artificial handicaps. The NYFW show expanded on these ideas with a performance from Brooke Candy that was literally electric, using live VR motion sensors to capture and project her movements onto the runway walls with the help of Sam and Andy Rolfes (of Team Rolfes).

"I'm a total believer in eventual biophysical symbiosis of man and machine," Kaimin says. "Think of my futuristic designs as coming from more of a prism than a crystal ball. In large part, this collection is about defeating the mundane and exploring and strengthening that which sets one apart, no matter the era. If today's fever pitch around privacy, sexual correctness, censorship, etc. ever leads to a dystopian control of self-expression, my clothes would stand for escape — when the extraordinary is outlawed, only the outlaws will be extraordinary."

Now, the dynamic group of creatives behind Kaimin's fall 2019 collection has teamed up again, this time reinterpreting the looks into a series of multi-dimensional photos that put some of NYC's most sensational nightlife figures and artists front and center in astounding digital portraits. There are photographer David Dunan's original shots, and remixed versions by Team Rolfes that incorporate glitched out 3D renderings to complement some of the collection's prints.

Keeping in line with the futuristic aesthetic that merges feminine delicacy with punk cybernetics, the shots feature an eclectic group that includes Maliibu Miitch, Ryan Burke, Cheeky, Nar, Corey Wash, as well as Team Rolfes and the designer herself. In terms of putting together a cast that best reflects her fall 2019 collection, Kaiman says she "wanted to showcase creativity as the universally uniting thread and focus on bringing together various artists that navigate different mediums."