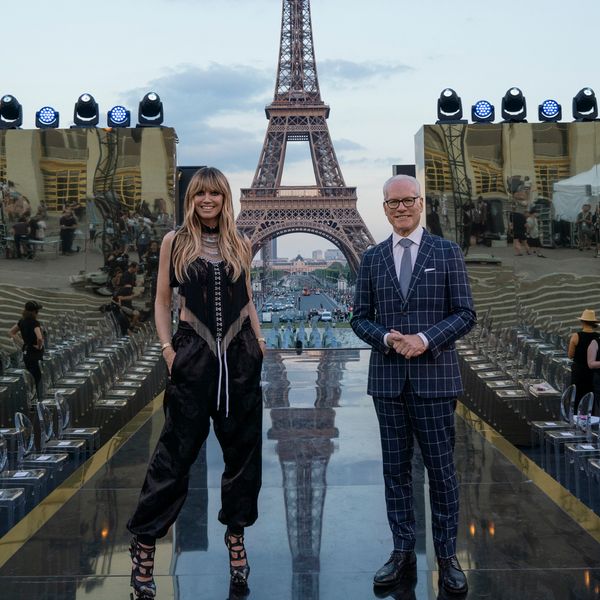 On paper, Making the Cut has all the makings of being the next reality competition series fashion lovers can't get enough of. Between the dreamy locales (the Paris scenes are quite captivating), superstar judges (Naomi! Carine!) and big budget production, the show deftly captures the glamour so often associated with the world of high fashion.

Equally as impressive is the show's finale prize: $1 million for the winner to invest in their brand. For comparison, both the recent season of Project Runway and Netflix's newest design competition Next in Fashion awarded the winner $250k. (Among industry prizes, the CFDA/ Vogue Fashion Fund awarded last year's winner $400k while the LVMH Prize winner took home 300,000 euros.)

The premise of the show is to find the next "global fashion brand," a phrase that's been coined in one way or another by other similar design competitions. But unlike its rivals, Making the Cut has the backing of Amazon, the world's biggest e-commerce company. The winner will also have the opportunity to create an exclusive line with the Seattle-based company, a move that would presumably take their business to the next level.

While each episode mostly focuses on the designers in their workrooms, casual viewers and die-hard fashion fanatics alike will undoubtedly be living for Naomi Campbell and her cutting commentary. "I'm not putting my mother in that outfit," she says during one of the runways, adding remarks like "What is this?" and "Hideous!"

The show is ultimately a form of viewing entertainment heightened by its two charismatic hosts Heidi Klum and Tim Gunn, who are seen exchanging quips with each other while frolicking around the city. "Heidi and I are the world's oddest couple," Gunn tells PAPER. "But we do have terrific chemistry and we love and adore each other and we've been together for 17 years."

With his last TV project, which he calls "that other show," Gunn says that he was used to the judges being a little cynical, jaded, detached and not fully engaged. But on Making The Cut, he says that the judges are "1,000% present" and that "their care for the designers equals my own." (Joseph Altuzarra, in particular, comes across as very discerning and constructive with his feedback.)

The caliber of contestants is nothing to sniff at either. Many of them went to prestigious design schools (Sander Bos graduated from the Royal Academy of Fine Arts in Antwerp), worked for top fashion houses (Will Riddle was the Atelier Director at Oscar de la Renta) and have established brands in their own right (Ji Won Choi has collaborated with Adidas and has dressed Kendall Jenner and Beyoncé).

In addition, contestants are tasked with creating two looks for each episode: a high fashion runway look along with its more accessible, wearable counterpart. The purpose of this is to allow the designers to express their creativity while also exploring their commercial potential, whereas other competitions can sometimes focus too much the "runway" aspect. (The winning "commercial" look will be available to shop on Amazon each week.)

"Quite frankly, the more accessible/ wearable look was more difficult for all of them," Gunn says of the challenges. "To make wearable, innovative, creative fashion is extremely difficult, which is why we see so little of it." He adds that this is something Proenza Schouler does very well. (The designers were his students at Parsons.) "They make work that is accessible, but it's innovative and inventive at the same time and that's what the customer wants."

Of course, a big fashion prize doesn't always guarantee success for the longevity of a designer, which Gunn acknowledges. "They really can only do as much as their resources and their ambitions allow them to and that's always a big question mark," he admits. And given many luxury designers' reluctance to sell on Amazon, some questions linger around the ability for a "global fashion brand" to thrive on the e-commerce platform.

Time will tell how the winner will fare once all is said and done. In the meantime, Making the Cut has the entertainment factor and star power on its side to provide an escape for countless viewers who are spending more time streaming shows at home. "It's a feel-good experience," Gunn says. "You come away from it with a smile, maybe a tear, but you feel boosted. You feel your spirits lifted and that's what people need right now."

Making the Cut is available now on Amazon Prime, with episodes released twice every week.