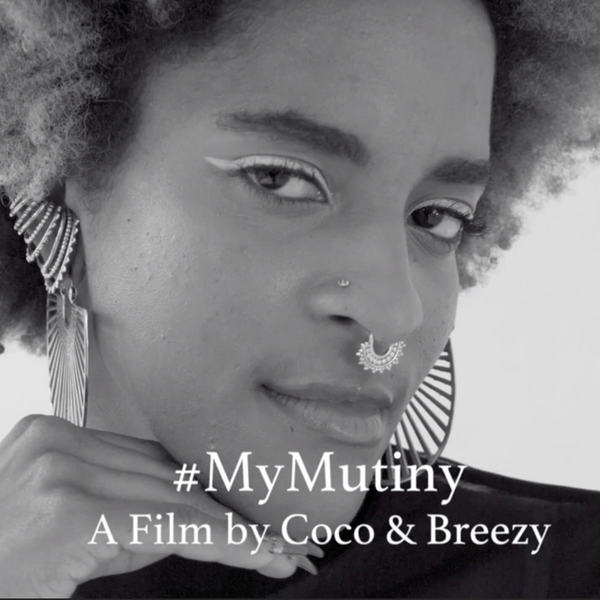 In September of last year, John Galliano launched his first scent for Maison Margiela, which he has helmed creatively since 2014. The signature fragrance, dubbed Mutiny, was fronted by a diverse group of muses including Teddy Quinlivan, Willow Smith, and Hanne Gaby Odiele.

Today, the Mutiny manifesto, which Galliano previously revealed as "an expression of the non-conformist values of a defiant new generation," gets the film treatment thanks to five international artists who interpreted the manifesto in their own way, all of whom were tapped by LA-based content studio 3RDSOL.

Related | Teddy Quinlivan Is a Queen

Each of these five artists were chosen for their embodiment of the Mutiny values such as creativity, diversity and individuality, according to the company. These names include: Jazzelle Zanaughtti (@uglyworldwide), Detroit-born artist and model; Nadia Lee Cohen (@nadialeelee), a British art photographer, filmmaker and self-portrait artist; Corianna and Brianna Dotson (Coco and Breezy, @cocoandbreezy) two twin sisters born in Minnesota who moved to New York as teenagers; River Gallo (@rivergallo), a Salvadoran-American filmmaker, actor, writer, model and intersex advocate; and MX (@1010_mx), a Colombian-born artist.

All five of them had total freedom to express themselves in their own short films, all of which were revealed today. The non-conformist attitudes and subversive individual approach in these videos recall Martin Margiela's original anti-establishment ethos, as he broke free from many of fashion's conventions at the time.

See, below, for a complete look at each of the videos, all of which were created by the five artists and feature each of them as the protagonists.