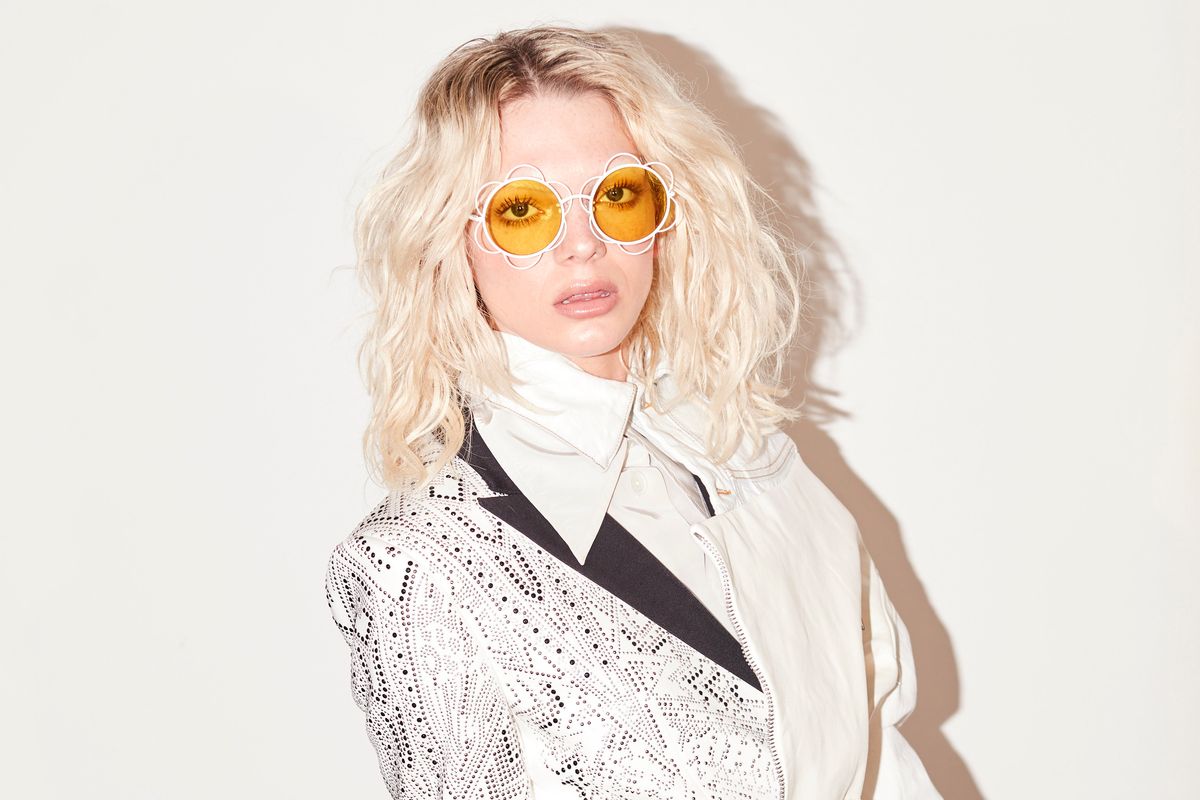 Louisa Johnson Is Just Getting Started

Being a teenager is a rocky experience for anyone, and for those who spend their formative years in the public eye, the experience is naturally intensified. At 17 years old, Louisa Johnson became the youngest person ever to win the British singing competition reality show X-Factor in 2015, snagging Rita Ora as a mentor and releasing her debut single "Forever Young" shortly thereafter. Pressure for Johnson to release her debut album as soon as possible built up quickly, but the singer was adamant that she wouldn't release an album just to do it, saying, "If I don't like it, no way is it going out. People are going to know me through that album — so it needs to be perfect."

Now, Johnson is gearing up to release her album soon, dropping a club banger, "YES," with 2 Chainz and learning to apologize for mistakes she made as a teen. We caught up with her to chat about music, navigating the industry and what's up next:

How did a high pressure situation like X-Factor prepare you for being a young artist in the public eye?

The whole experience for me was very surreal. It was almost like it it never happened. For me X Factor was really tough, but it definitely prepped me for the busy hours and long nights ahead. Being a young artist in the public eye was tough and still is. I'm trying to live life just like every other 20 year old out there, but I've learnt a lot and I think life involves a lot of lessons. Especially in this industry. I'm just appreciating every single day

Being honest the show feels like a lifetime away. I am still very much in touch with Rita and Sean Miley Moore from my year. I actually saw Sean the other day at Jodie Harsh's new night "Deadly Shade' at the Rain Forest Cafe in London. Now that was a night!

Thank you! The song itself is my absolute favorite. The minute I heard it I wanted a feature on the record to just add something extra, a little bit of flavor to it. We reached out to 2 Chainz and I was so surprised that he even got back to us, let alone say he loved the song and wanted to jump on it. I didn't expect it at all. It was very exciting.

How do you choose who to collaborate with in general?

I've always thought collaborations in general are so much fun. I started out with a collaboration with Clean Bandit and it was a great start to my music career. I think it's more about having that connection with the music and seeing what you or the other artist can bring to it that's different. Saying that I would love to collaborate with Eminem!

How do you maintain a strong sense of self amid the competing interests a young artist faces?

I think one thing I've really learnt over the last year is to stay true to yourself and listen to your gut. I am lucky I have a team around me that won't pander to me and tell me straight. This in itself has given me confidence and a strong sense of self-worth.

What's coming up next for you?

More music and that elusive album will be coming! A couple more features in the pipeline. And I would love to do a tour.