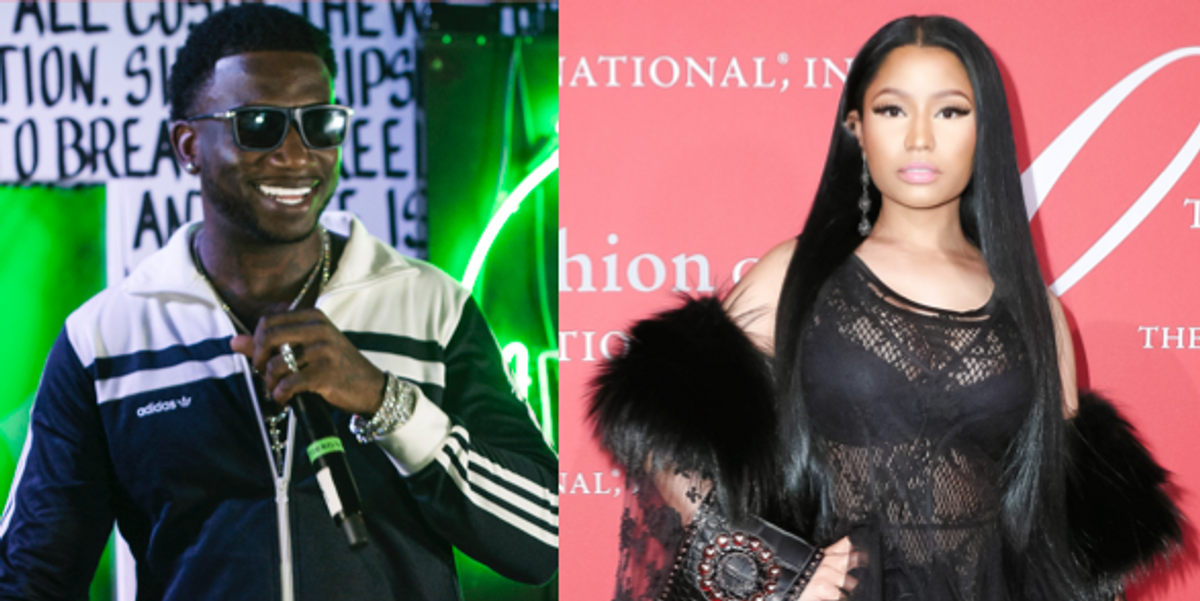 What a day for new music. Future has dropped second album in a week, NAV's released his mixtape feat. The Weeknd, Calvin Harris's long-anticipated collab with Frank Ocean has arrived and now, a fresh blessing: new Gucci Mane and Nicki Minaj.

I know, wow. Just wow. Gucci has proved he's on the radar with a vengeance after announcing a new album and tour, as well as covering the March issue of the CR Men's Book and this joint effort with Nicki Minaj is the cherry on top.

'Make Love' sees Gucci drop banging bars about booking Beyonce for his wedding day while Nicki reaffirms her status as the "queen of rap". All is well, I am happy. Hooray.