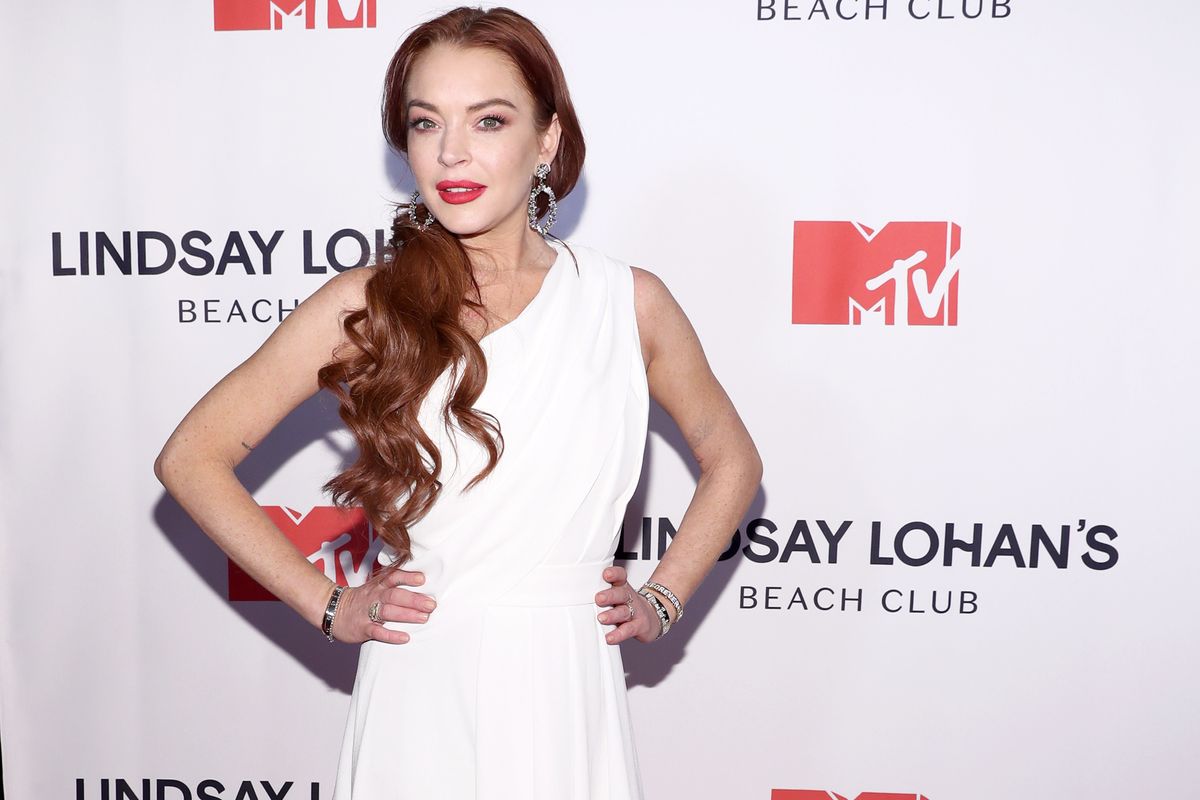 Lindsay Lohan Has Reportedly Been Fired From 'The Masked Singer'

Everything was going well for Lindsay Lohan. She recently debuted her genuinely very catchy new single, a very literal social anxiety anthem, "Xanax" on IGTV (it's not streaming yet, but hopefully soon). She talked plans to write a new TV show starring the Lohan family. She celebrated her fifteenth Mean Girls day! Congrats Linds.

Sadly, local magazine New Idea is reporting that that Lindsay has been let go from her current gig judging The Masked Singer Australia.

It's not a huge surprise. Lindsay's performance as a judge on the TV show — where minor celebrities perform in absurd costumes and the judges guess their identity — suffered, given that she is not particularly familiar with Australian culture.

In the very first episode when a large octopus was unmasked, Lindsay completely failed to hide that she had no idea who Gretel Kileen, host of Big Brother Australia and actress in the Sydney production of Rocky Horror Picture Show was. While her co-host Jackie O appropriately shrieked, "It's Gretel Killeen!!!!!!!" Lindsay just smiled awkwardly and gave a detectable shrug.

I mean, yeah, who is Gretel Kileen? Lindsay was an absurd casting choice for the show, but the producers of The Masked Singer clearly thought her A-list status and American appeal were worth risking her total lack of qualification to judge Aussies. Maybe they even hoped her blank stares as folks like Bret Lee, Nikki Webster, and Wendell Sailor tugged off their masks would go viral and drive ratings.

However, they were apparently not prepared for the fact that Lindsay is, reportedly and by her own very explicit self-styling on Lohan's Beach Club, tough to work with. An anonymous source told Aussie tabloid New Idea, "She is being replaced. She was tricky with demands and had a complete lack of respect for time schedules." Lindsay had already gotten into a beef with one of her co-hosts, after Jackie O seemed to accuse her of taking hour long lunch breaks and holding up production — allegations Lohan's camp denies.

Lindsay will be missed! — her lack of shame in not recognizing D-list celebs brought a refreshing honesty to the show. U.S. Masked Singer producers take note! Lindsay is back on the job market and ruthless as ever.