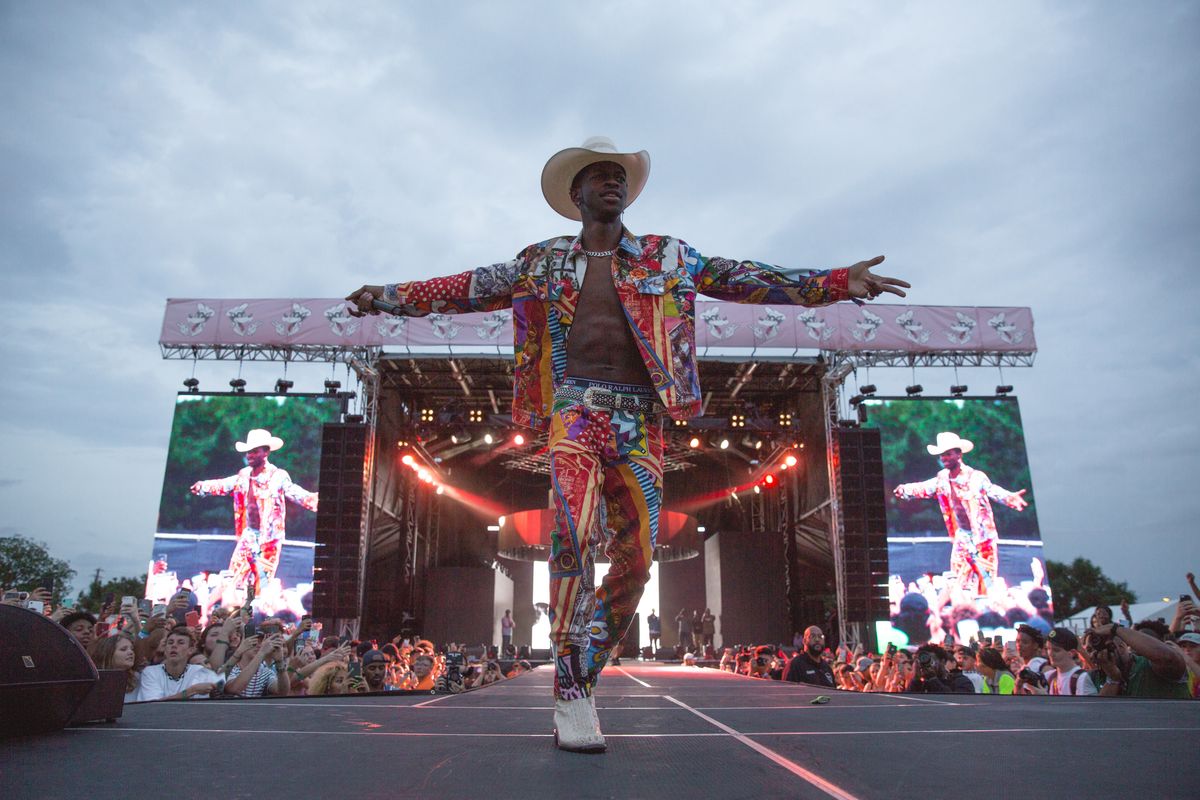 The pasty world of country purists is having a hard time accepting that Lil Nas X isn't an enemy of country, he's just doing the dirty work of bringing it into 2019.

These folks were responsible for the initial choice to take "Old Town Road" off Billboard's country chart that, in part, lead to its virality. As well as the Nashville sign that ignited fury online for congratulating Billy Ray Cyrus on "his" number one hit" with "Old Town Road (Remix)," but erasing Lil Nas X from the credits. Billy — an example of the magic that can happen when country's past gets on board with its future — was not happy about it.

Related | Lil Nas X's Capsule With Wrangler Is So On-Brand

Now, just a few days after the author of the famous line "cowboy hat from Gucci, Wranglers on my booty," debuted his brilliant capsule collection with the iconic denim brand, stodgy country fans are at it again.

First noted by The Jasmine Brand, haters began commenting on Wrangler's announcement of the collab, criticizing their choice to work with the rapper (though Wranglers appears to have deleted negative comments).

A number of commenters simply threatened to abandon the brand. "Won't be wearing Wranglers anymore, Cinch, here I come" one wrote, while others posted "Don't do this" and "Tbh, this is disappointing."

Several compared Wranglers to Levi's, another cowboy denim brand that defied it's red-state roots, enraging the NRA last year, when it pledged $1 million to end gun violence. "If you have any sense, you'll stop production and burn what's left. Or go ahead and join Levi's on the list of jeans not to buy" one commenter posted. Another wrote: "I'm SICK... I went all Wrangler when Levi went anti gun because wrangler was the true Cowboy brand... but of course they can't stay true to their consumers and try to appease totally different audience that had to google what wrangler was..."

Some justified their distaste by arguing Lil Nas X "mocks" country music: "Really? Supporting an artist that so clearly is mocking country music and the lifestyle it represents? Bad move Wrangler."

Others did so with the somewhat valid claim that celebrity collaborations mean brands can charge more: "these musicians are gonna hurt wrangler like the rappers that hurt carhartt last thing i wanna do is pay $60 for a pair of pants that have always cost me $22.79."

But some bared their asses, making pretty clear that what they're really mad about is seeing young, unapologetic Black people in their favorite clothes: "Wrangler has been the jean of outdoorsmen, farmers, and workers. I don't think this is a good campaign to run for this jean brand."

It's unclear if the boycott is making a dent in sales (the high-waisted shorts have already sold out), but it's just another part of the inevitable backlash to Lil Nas X's rise to country stardom. Even though Black people have always been a part of country and cowboy culture, and its aesthetics belong to them as much as anyone, "outdoorsmen, farmers and workers" who look like Lil Nas X have been erased from our cultural imagination.

Lil Nas X doesn't seem to be too put out, though. He's busy decorating his new apartment with that Wranglers-YouTube money to care much about a few Trump-voting farmers not buying his jeans. Don't worry though, he's being fiscally responsible.