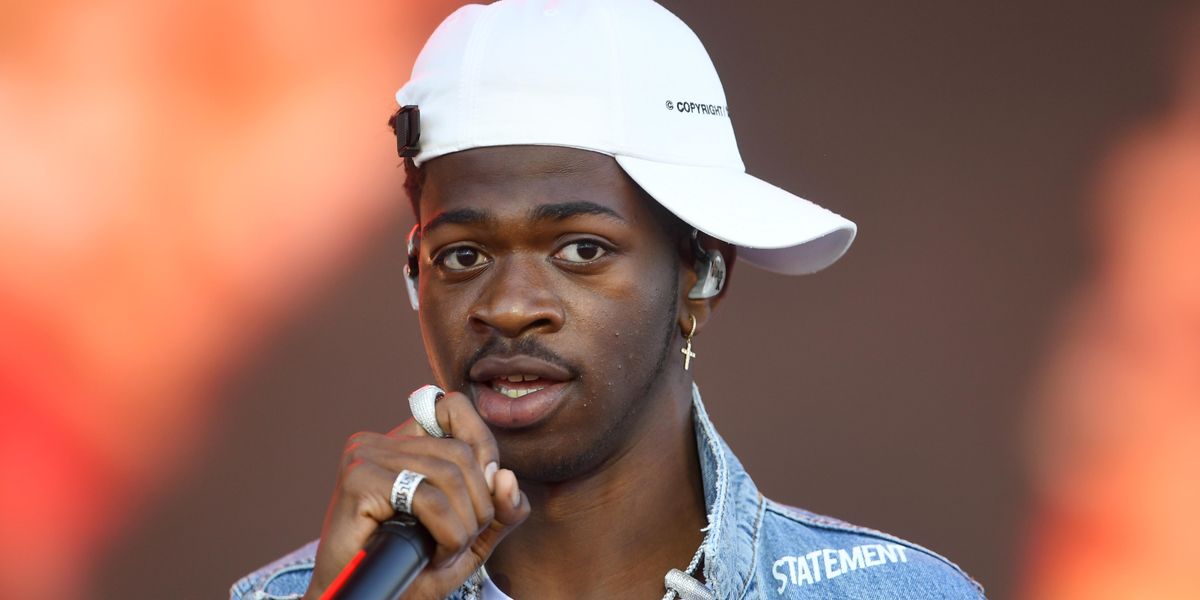 Earlier today, the star released a touching music video for his new single "Sun Goes Down," in which he helps his high school self through struggles with suicidal thoughts and staying silent about his sexuality. Not only that, but at the end of the song, he also references the rap icon by talking about her music helping him navigate this dark time in his life, singing, "I'd be by the phone / Stanning Nicki mornin' into dawn / Only place I felt like I belonged / Strangers make you feel so loved, you know?"

However, it now turns out that LNX's nod ended up rubbing a few Barbz the wrong way, especially given a scene from the video in which he can be seen tweeting a joke from his rumored Nicki stan account @nasmaraj.

As a result, Barbz began accusing the "Montero" singer of continually using her name for "trolling & clout chasing using Nicki Minaj and her fans" shortly after the video's release, before talking about how he denied being a fan during the "Nicki hate train era."

Logged in & the first thing I see is Lil Nas X trolling & clout chasing using Nicki Minaj & her fans. His fake azz isn’t getting any more streams from me! He is nothing but a big azz troll. I had to block him on social media and Spotify. Play with your mama Lil one. 👋🏽 pic.twitter.com/QWrroaQEzk

Lil Nas X denied being a barb during the Nicki hate train era, and now he's using that very stan account the barbs called him out on for clout because the Nicki hate train is over. He's not really a barb and like Onika said "people will love and support you when it's beneficial" https://t.co/xfF4HrhfGk

And though Nicki herself made it clear that there were no hard feelings, some stans started retweeting a viral thread about past tweets he supposedly made about her abortion, as well as problematic comments he allegedly made toward other female musicians under the banner of being a Barb.

the barbz are always letting people use them, now they let lil nas x use them for clout. lil nas x was riding the nicki hate train and trolled about her ab0rtion. pic.twitter.com/JnIzmnuuxB

he made several comments, and “jokes” on Nicki’s abortion. pic.twitter.com/ZV5lYqHv8b

In response to the backlash though, LNX took to Twitter to address the accusations, explaining that he understood "how it looks so I will no longer mention her."

"To the Barbz who feel I'm using Nicki's name for attention, the song I released last night was recorded last year," he wrote. "It's about my life, which 6 of those years were dedicated to Nicki. It's no fake love."

to the barbz who feel i’m using nicki’s name for attention, the song i released last night was recorded last year. and it’s about my life which 6 of those years were dedicated to nicki. it’s no fake love. but i understand how it looks so i will no longer mention her. 🤍

Subsequently, his tweet was met by a number of supportive posts from those asking why Barbz were "mad that a Barb is supporting."

How the barbz mad that a barb is supporting??? Make it make sense

You literally were talking about your life and how having a stan account was an escape for you. People criticizing that are ridiculous

However, the backlash has also since continued on amongst skeptical Nicki stans who are now accusing him of not being a "real fan" if he was letting others "stop u from fkn with an artist u claim u love."

That mean you don’t mess with her genuinely,how y’all be letting fans stop u from fkn with an artist u claim u love …couldn’t be me!!!

Lil nas x is Definetly looking for sympathy when he dropped CMBYN he was dealing with a lot of hate and trolled the haters but all of a sudden can’t deal with a few barbz telling him not to mention Nicki?😭😭 please cry me a river

Lil Nas X has yet to respond to the follow-up comments.