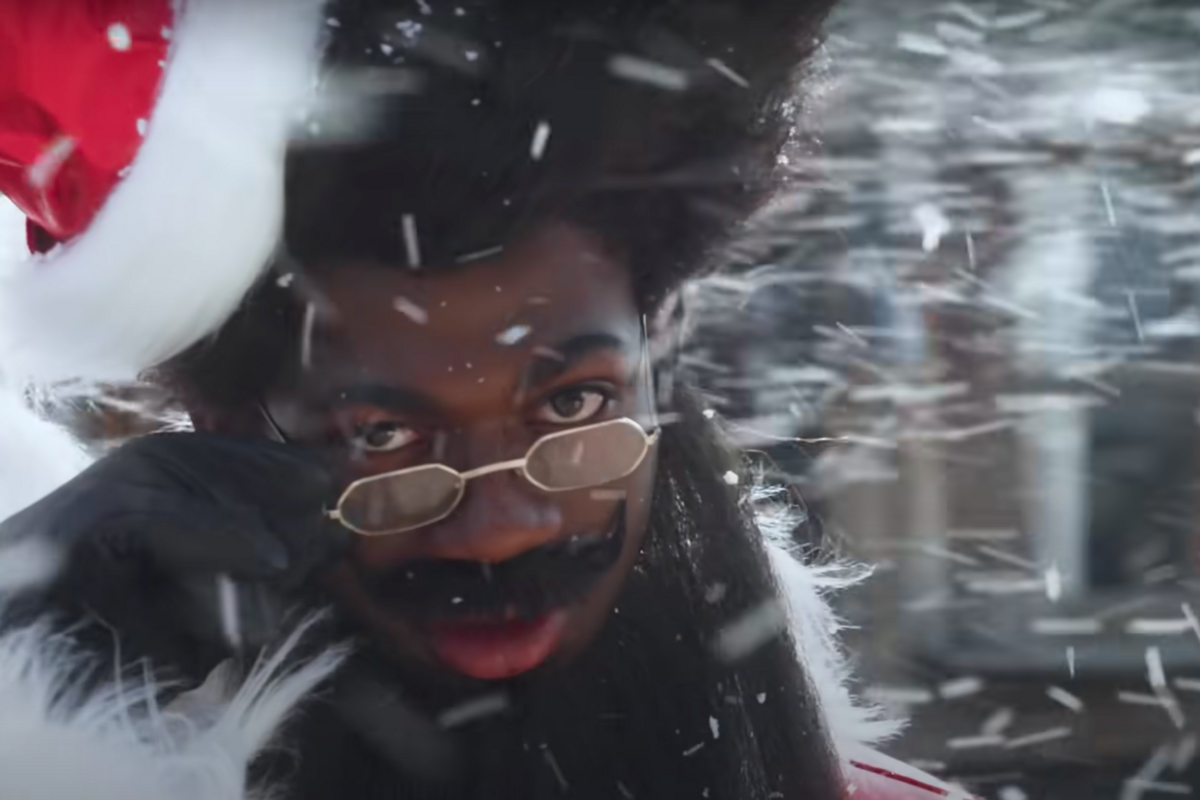 Santa Claus Is Black and Gay

Lil Nas X is holding onto his position as the king of viral videos with a new track "Holiday," dropping November 13. In the teaser trailer for its music video, Lil Nas X is shown snow plowing the "Old Town Road" before taking over as the new Santa Claus.

While wandering in the American outback, Lil Nas X acquires a jet-powered sleigh with time traveling capabilities. Naturally, he's joined by Back to the Future heartthrob Michael J. Fox (AKA Marty McFly), who warns the rapper to not go to 2020 as he blasts off into a time portal.

Musically, the "Old Town Road" star has kept a low profile for the past year, but he's been wildly active on social media, even dressing up as Nicki Minaj for Halloween. This followed Lil Nas X coming out publicly as a Barb and receiving praise from Minaj herself. "Congratulations on building up your confidence to speak your truth," she tweeted in June.

Today, Lil Nas X expressed his excitement for "Holiday," writing, "Just wanna say I'm beyond thankful for the love the holiday trailer is getting. It's scary as hell releasing new music after not dropping for a long time, but I know for a fact y'all finna LOVE THIS & THIS ALBUM!"