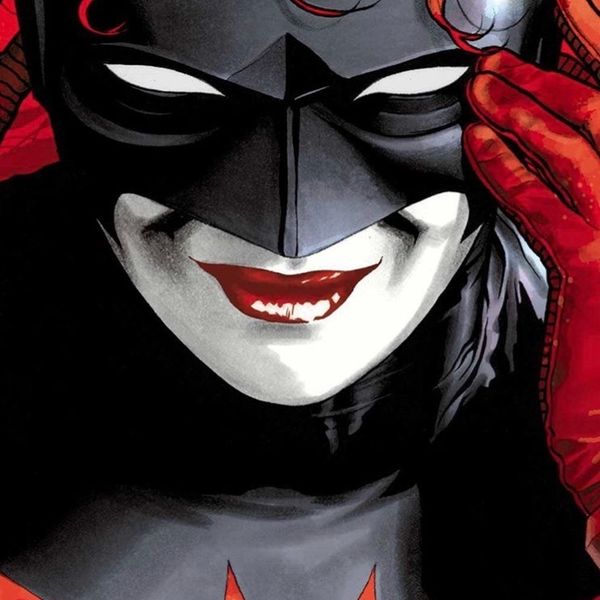 Lesbian Batwoman Show in Development At the CW

In December, Batwoman is set to join the CW's Arrowverse in a crossover event. But she may stay for good. As Deadline reports, the network has a Batwoman show in development from executive producers Caroline Dries and Greg Berlanti. The insanely prolific Berlanti produces Arrow, The Flash, Supergirl, Black Lightning, the Arrowverse's attendant web series, and Riverdale; he also recently directed the queer teen romance Love, Simon. And he's continuing to push for LGBTQ representation in Hollywood: his version of Batwoman will be a lesbian.

Batwoman will focus on Kate Kane, "an out lesbian and highly trained street fighter primed to snuff out the failing city's criminal resurgence" who has to "overcome her own demons before embracing the call to be Gotham's symbol of hope." Sounds reasonably familiar. Though the Arrowverse does feature multiple LGBTQ characters, Batwoman will be the first openly gay lead of a live-action superhero series. Your move, Affleck.

Batwoman has long been an LGBTQ pioneer in comics; in 2006, DC launched a series with Batwoman written as a Jewish lesbian. We can't wait to see who plays her. Let's go, lesbians.