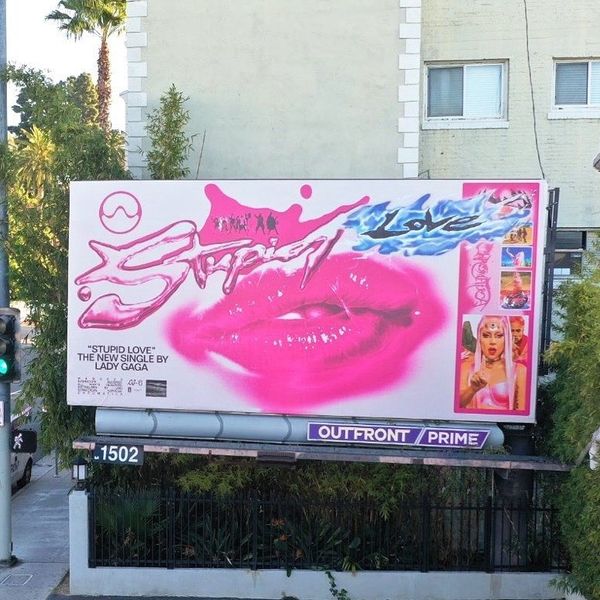 There have been rumblings, rumors, Las Vegas residencies, hints, hype, Haus Labs promos and contentious leaks. Now, after all this time we finally have a definitive answer: Lady Gaga is back with new music, and it will be here sooner than you likely anticipated.

Mother Monster confirmed today that "Stupid Love," her brand new single (which we totally haven't heard before), will be arriving this Friday at midnight. She announced the news via her socials, sharing a photo of a billboard teasing the track's upcoming release.

The new single marks Gaga's first music since 2018's soundtrack for A Star Is Born, which took home an Oscar for "Shallow." If the billboard is any indication "Stupid Love," will be a return to the day-glo drenched power-pop that made us fall in love with Gaga in the first place.

Buzz about "Stupid Love" has been building since an earlier version of the song leaked in late January. Fans, who were desperate for a crumb of LG6, promptly lost their shit — and despite no formal confirmation from Gaga's team that the leak was genuine, she did tweet a day later with a Shutterstock photo of a masked girl with headphones. "Can y'all stop," she said, seemingly acknowledging the leak's legitimacy.

Now with an official release date, "Stupid Love" will soon no longer be relegated to bad rips being played out in gay bars and runway shows, and low quality MP3's being traded on shadowy subreddits. LG6 is coming.