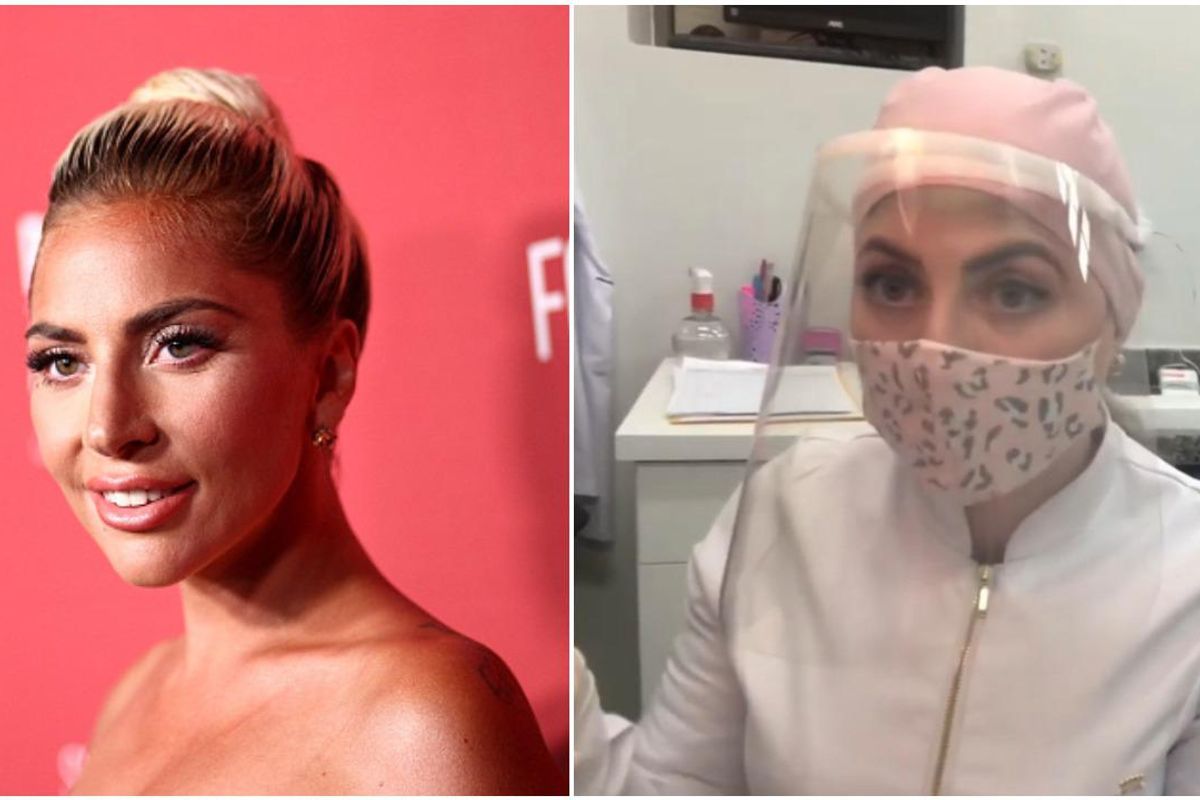 A Brazilian dentist has accidentally gone viral thanks to her uncanny resemblance to Lady Gaga.

As first noted by Pop Crave, the buzz surrounding the star's latest doppelgänger began this past weekend after Little Monsters stumbled upon the unassuming dentist in a video uploaded by YouTuber Jaya Dutra.

In the August vlog, Dutra documented her trip to the orthodontist to get what appears to be a set of clear braces. However, it was the dentist herself that ended up turning heads because of her striking similarity to Gaga. And once her fans took note, it didn't take long for the comments to start rolling in.

From references to her song "Teeth" to quips about the artist's many hidden talents, everyone seemed to have something to say about Gaga's newfound profession, with some even comparing the dentist to other infamous lookalikes.

"She's so amazing and versatile," as one fan wrote, before another added, "Lady Gaga. Dentist during the day and Taxi Driver by night."

shes so amazing and versatile pic.twitter.com/4rDxyH7nxJ

Lady Gaga. Dentist during the day and Taxi Driver by night. pic.twitter.com/VfldTrURrK

Meanwhile, others used it as an opportunity to joke about Gaga "doing anything to avoid" promoting her last studio album, Chromatica.

Granted, the identity of the dentist has yet to be revealed. That said, in the meantime, you can see Dutra's entire video featuring everyone's favorite new dentist, below.