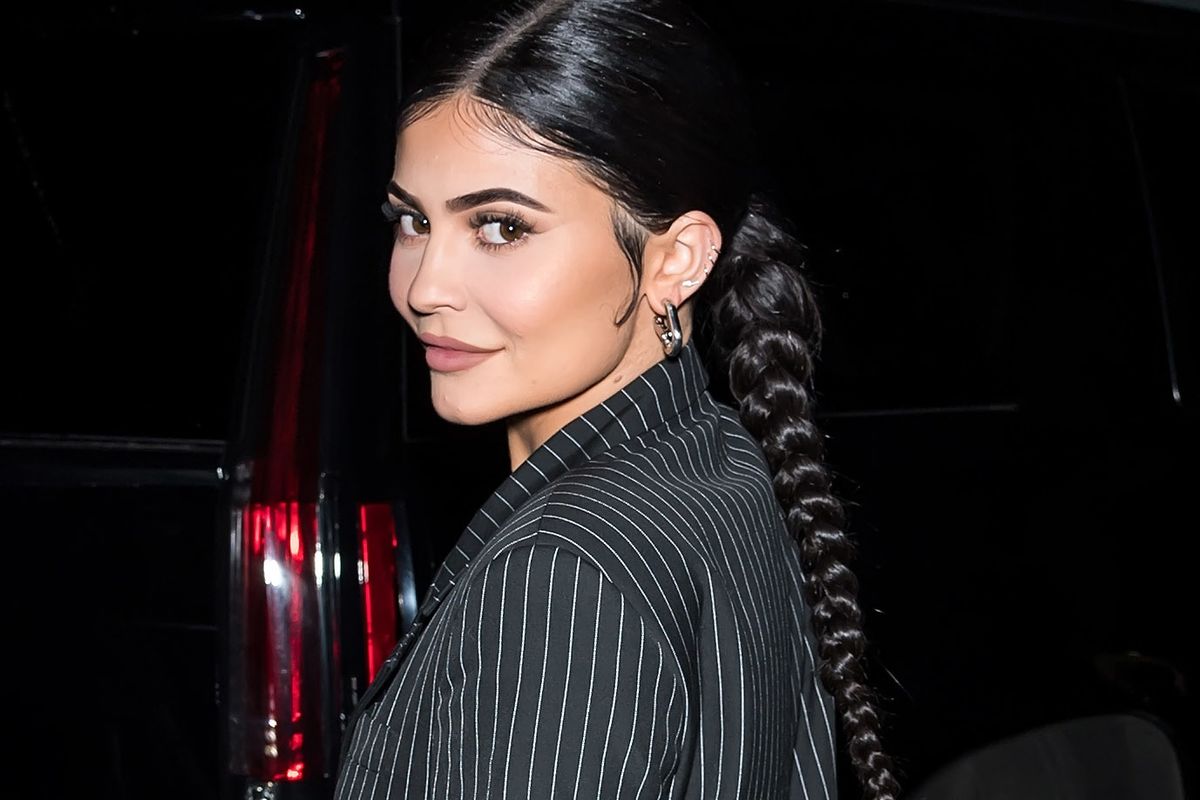 The Biebers, in partnership with T-Mobile, curated a selection of artwork by artists Fidia Falaschetti, Patch Whisky, Buff Monster, Virgil Abloh, Greg Mike, Dalek, Pablo Dona, Pref, OG Slick, Jason Zante, and Miss Zukie. All proceeds from the auction will go to nonprofit LIFT, which is dedicated to ending poverty, and Inner-City Arts which uses arts education to "positively affect the lives of underserved children."

Kylie, momager Kris, and Corey Gamble attended the event on behalf of the Kardashian-Jenner clan. Jaden Smith, a good friend of both Kylie and Justin, was also in attendance.

Justin performed some of his chart-toppers in the gallery, including "Sorry," "Never Say Never," and "Baby." Jaden also sang for the audience. And the two were able to convince Kylie to take the mic.

In a video posted online, you can see Justin teasing Kylie and singing "Rise and Shine" on the mic, as Kylie comes to the center of the exhibit. To the entire audience's delight, she later takes the mic and sings her three-word hit.

Thank you to the Biebers for this early Christmas gift to all of us.

Vote for Kylie Jenner in the 2019 Break the Internet™ Awards