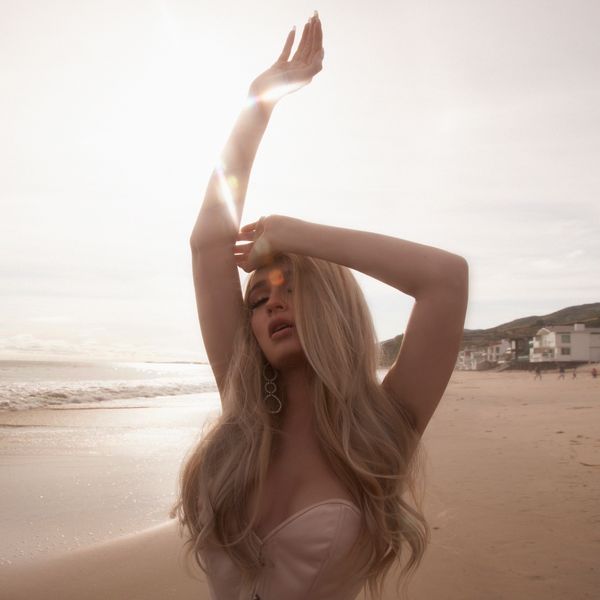 Here's Why Kim Petras Has Been Releasing Singles Nonstop

The new Kim Petras single era is coming to a fierce conclusion, but not without a bang. Gone are the days of singles featuring cover art with glowing, multi-colored bunheads on a dark black background. Petras has shifted to a new era, beginning with April's "Broken," and what has followed has been a crescendo-like tidal wave of new songs. Tracks like "Got My Number," "Sweet Spot," and "Do Me" wowed fans everywhere and got them sufficiently excited to see her on her now sold-out Broken Tour.

In addition to the eight tracks stans have already been bopping to for weeks, Petras is delivering like the goddess she is and gifting us all four new tracks, all of which have promising titles. "Icy," "Meet The Parents," "Another One," and the closing track, "Shinin'," are all fresh releases for the star.

The collection is not an album, but rather a fantastically-tied bow to end an era for Kim that has been marked by heartbreak, loss, soaring highs, and newfound self actualization. The songs she's released as a result of the experiences have been game changers on a more personal artistic level, allowing her to explore sounds outside of a traditional pop sphere. She introduces trap-style drum kits to back up her vocals on songs like "Broken" and "Clarity," but pivots completely into anthemic echo-pop on songs like "Do Me" and "Sweet Spot."

While we'll have to wait just a little bit longer to hear the project in full, three quarters of the collection are already on streaming services, and they're all certified bops. Listen to the newest single, "Personal Hell," below, and if you managed to nab tickets to her tour before they sold out, get ready for the time of your life.