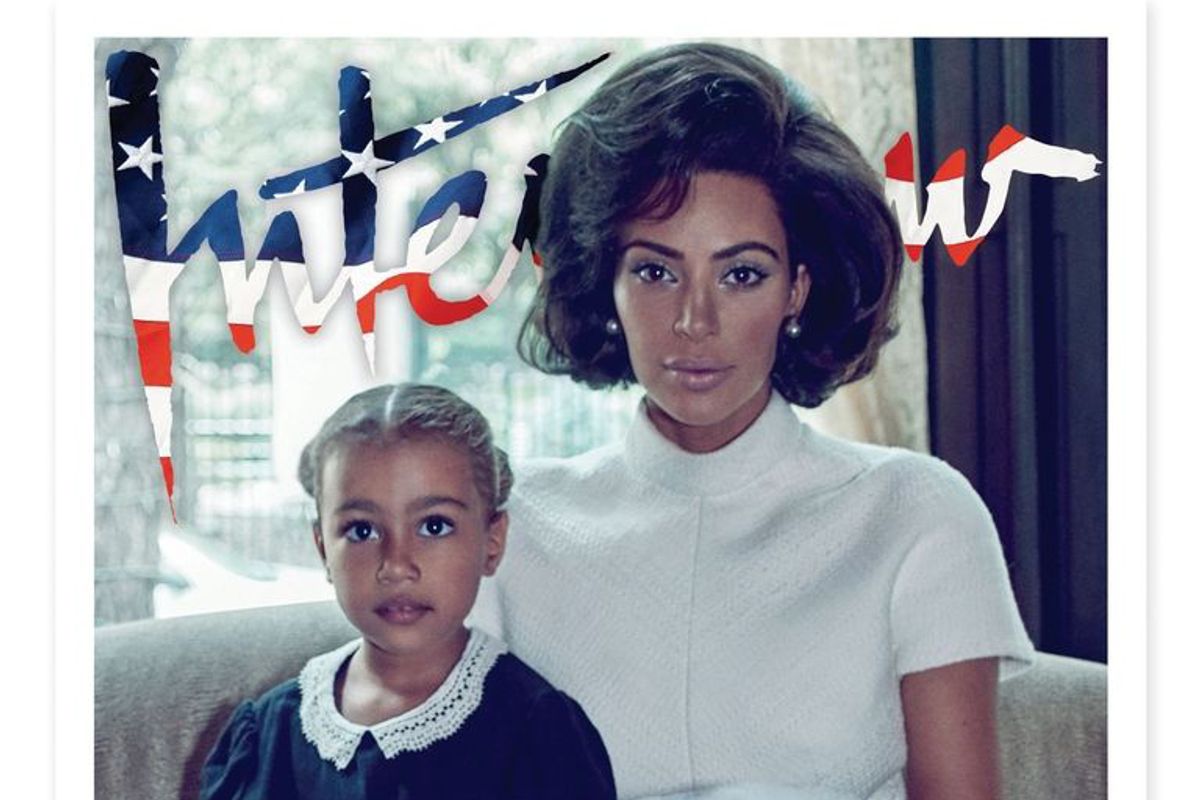 In what might be one her most iconic covers of all time, Kim Kardashian is"America's First Lady," Jackie Kennedy for Interview with her daughter North West (the four year-old's first appearance on a magazine).

The series of Steven Klein-shot images show the pair in co-ordinated period outfits, with Kim dolled-up in 60s "mod" hair and makeup. Author Janet Mock conducted the accompanying interview with Kim, in which the latter reveals why she refuses to discuss Kanye on Keeping Up with the Kardashians, the origin of the show and why should've made a great publicist.

Cindy Crawford's daughter, Kaia Gerber, also chatted to North for the issue and the results are adorable.

Look through the photos below, or head over to Interview to read the full interviews.

All photos courtesy of Interview