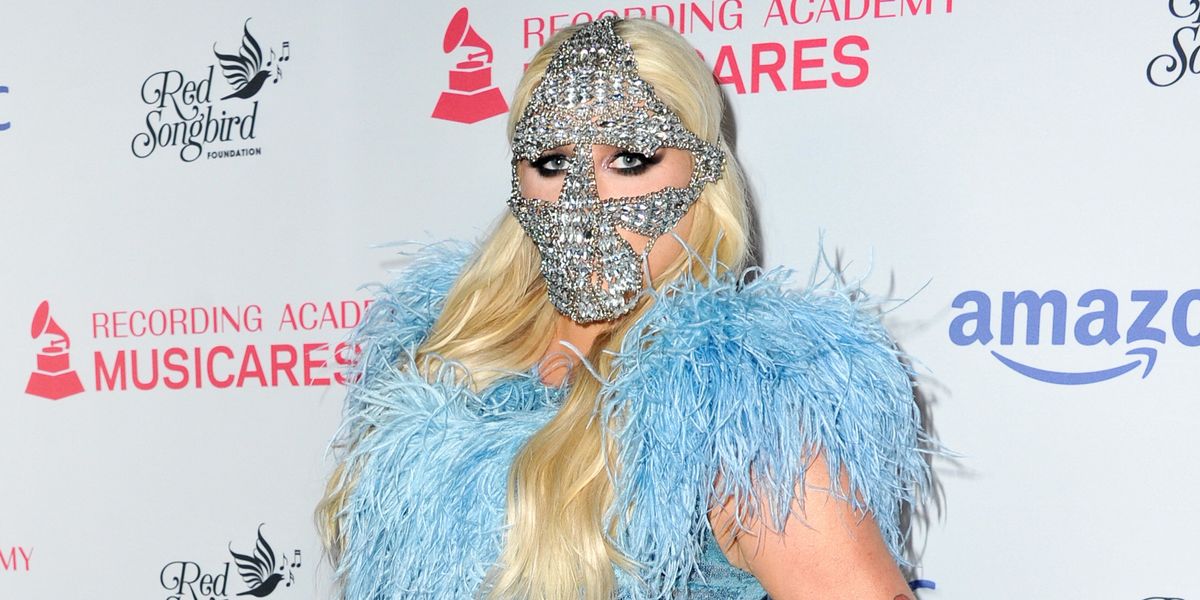 Today, Kesha dropped her new song, "Rich, White, Straight, Men," and fans will take note that it sounds like nothing else she's made thus far. And though we must admit its theatrical nature might be an acquired taste for those used to Kesha The Hit Factory, you must appreciate its unapologetically political overtones.

The song features a cartoonish production style and an emboldened, yet vulnerable Kesha — a tonal shift she most fully established with her critically acclaimed 2016 comeback album, Rainbow. Lyrically, she uses satire and sarcasm throughout the song as a way to criticize and to mock the current American political landscape.

The verses imagine a future where the sexes are treated equally, from healthcare and education to bodily autonomy, echoing current furor over recently instituted abortion bans. But Kesha treats these inequities as though they are laughably improbable, as if imitating the rich white straight male patriarchy she is skewering. In the chorus she erupts into a hearty belly laugh at the idea that someday, they won't rule the world anymore. Imagine!

Related | How to Help Women In States With Severe Abortion Bans

By leaning into her winking irreverent streak, Kesha effectively points out society's incongruities: "And if you were a lady/ Then you own your lady parts/ Just like a man goes to a dealership/ And then he owns a car." Stay for the bridge: "Twinkle, twinkle little star/ How I wish the world was different/ Where who you love and who you are/ Was nobody's fucking business."

Same, Kesha. Unfortunately, though, like many of us who are even remotely politically engaged, she, nor the song can offer solutions. But a close listen belies the fact that her fury is justified and righteous in a rich, white, straight, male world that has historically gaslit the voices of womxn and marginalized communities for centuries. Hearing this song is like hearing that fury find its place — shared by many, fully expressed, and poised to move mountains. Toppling an oppressive and domineering patriarchy starts with that kind of rage. As it should be.