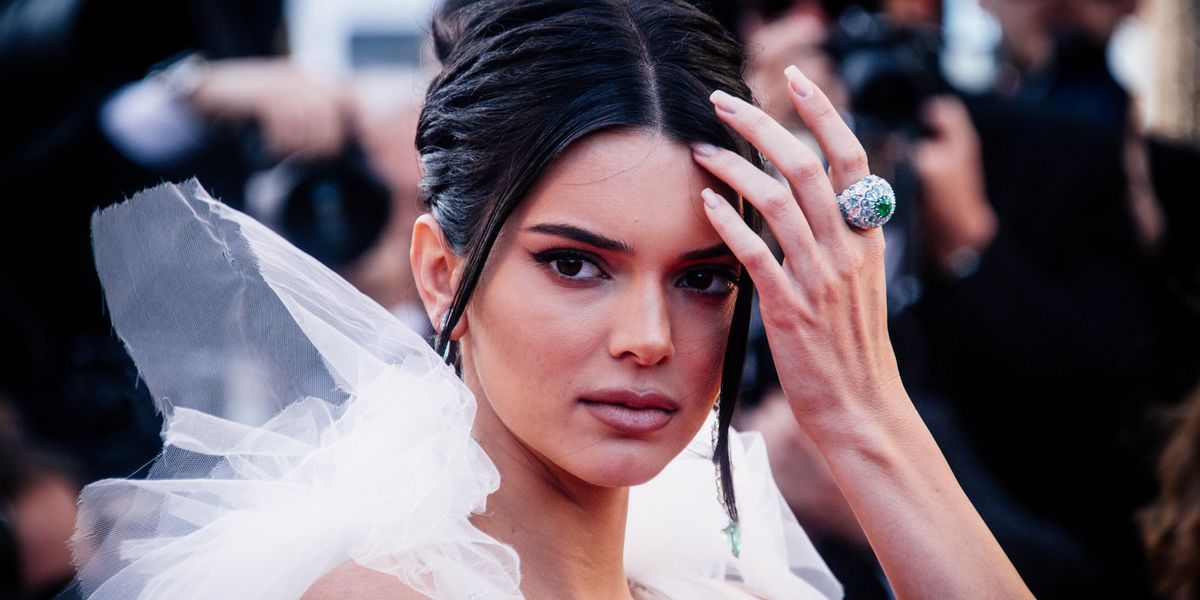 Kendall Jenner is coming under fire thanks to a new campaign for her tequila.

In celebration of the California launch of her controversial 818 Tequila brand, the model recently posted ads, in which she can be seen posing on an agave farm in Jalisco, Mexico. And while the campaign also contained photos of the jimadores who harvest the plant, the internet ended up having a bigger problem with Jenner's outfit, which consisted of a cowboy hate, earrings and loose cotton shirt.

As many argued, her wardrobe choices appeared to be an attempt at a "chic migrant worker look," which critics pointed out was a way of profiting off the stereotypes associated with Mexican farmers and indigenous women.

"Leave it to Kendall to be as tone deaf as possible, this is so offensive. Modeling that chic migrant worker look for her tequila brand," as one person wrote before referencing Jenner's response to that Pepsi ad. "Watch her cry and say she didn't know later on for the 100th time."

At the same time, others took aim at the Kardashian-Jenner's long history of profiting from cultural appropriation, with another commenter adding, "Kendall Jenner DRESSED UP to promote her tequila brand."

"She literally is playing into the Mexican stereotype," they added. "The braids, the hat, the earrings, the filter to make her look tanner...."

YOU'VE GOT TO BE KIDDING ME.....leave it to Kendall to be as tone deaf as possible, this is so offensive. Modeling that chic migrant worker look for her tequila brand, watch her cry and say she didn't know later on for the 100th time 🙄😠 pic.twitter.com/7n4VypvSVv

The Kardashians literally pick and choose parts of cultures to appropriate and then profit off of.Kendall Jenner DRESSED UP to promote her tequila brand,she literally is playing into the Mexican stereotype. The braids,the hat, the earrings, the filter to make her look tanner.... pic.twitter.com/k9f8jbsihH

kendall jenner can go to hell with this blatant explotation of the stereotypes of indigenous women from mexico pic.twitter.com/JkKvg4k8EH

Not only that, but even more Twitter users revived a previous conversation asserting that Jenner was trying to "colonize" and "gentrify" tequila by starting the brand with "zero knowledge on Mexican culture and calling it '818 tequila'" in reference to the Calabasas, California area code.

Kendall Jenner starting a tequila brand, with zero knowledge on Mexican culture and calling it “818 tequila” is GENTRIFICATION. The 818 does not claim Calabasas. What about those smaller, family owned Mexican tequila/mezcal brands? They deserve the hype & support.

Kendall Jenner trying her hardest to pass of as Mexican to sell her gentrified tequila... 😑😑😑 pic.twitter.com/qACcHBSbzu

Kendall Jenner coming out with her “own” tequila is ultimate modern day colonizer vibes.

Meanwhile, a few people dove into the deeper implications of Jenner's new endeavor, which @talkfastloueh outlined in a Twitter thread discussing the branding's lack of respect for the spirit's history and cultural importance, how the company would be taking away opportunities from existing, Mexican-owned tequila businesses and the potential worker wage exploitation that could occur.

Sadly in my country, workers aren’t paid as much which means the production costs are way more cheaper so don’t be surprised if Kendall Jenner is not paying the workers a good salary.

In her post, she says that she’s selling her tequila only in the US which doesn’t make sense to only sell it there and not Mexico, the country that is giving you the resources to make the drink in the first place.

As i was saying, tequila is an important part for the country’s economic grow, which means small business and big mexican business are benefit by it. Kendall Jenner launching her tequila brand takes the opportunity for them to keep growing.

Granted, some defenders also argued that she was just the latest celebrity to join the tequila game, while others alluded to sexism coloring public opinion by comparing her backlash to the lack of criticism faced by George Clooney and The Rock. However, as TikToker @esposatoxica explained, the current critique of Jenner stems more from the "lack of credit to the actual people slaving away for your tequila in another country," before juxtaposing it with The Rock's "respect for Mexico" in his posts.

Here is video explaining Kendall jenner tequila. Remember tequila is part of mexican culture. If you’re going to profit off it, then at least give credit and respect where it’s due. pic.twitter.com/nmtRcniINO

That said, the model has notably disabled comments on the post, but has yet to make a public statement about the backlash. In the meantime though, you see Twitter users' suggestions about what other female-led, Mexican-owned tequila brands to actually support, below.

I am literally begging latinx tequila drinkers to NOT buy the Kendall Jenner tequila. Please instead consider buying La Gritona. Melly Barajas Cardenas is one of the few female Master Tequila distillers, whose staff is mostly women!!!!! pic.twitter.com/e7BcRPzTeK