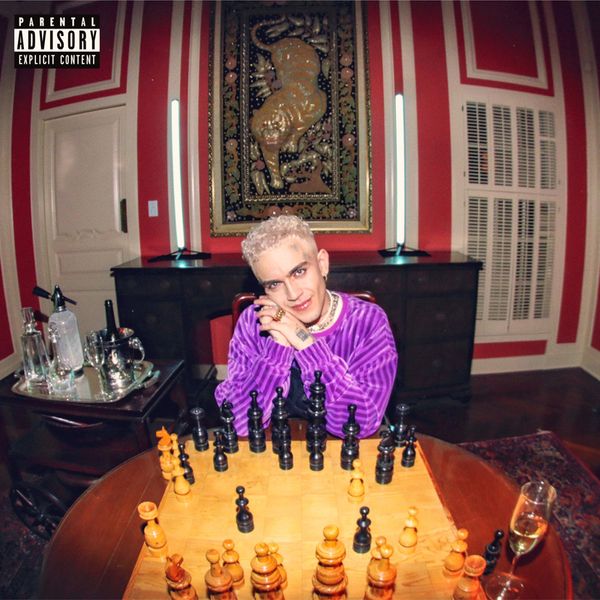 In his new video for "unavailable," New York musician and producer Joey LaBeija plays chess with no one, sets drinks for two and gallivants around an empty mansion. It's all a literal serve for someone who admittedly as a tough habit for chasing men who can't commit.

The single kicks off LaBeija's upcoming, five-track EP, enemies of progress, out April 28 via Diplo's Mad Decent imprint. Given the EP's title, "unavailable" documents the musician's knack for getting in his own way. As if to represent this idea sonically, LaBeija's production, built on an elastic bassline and fingersnaps, is interrupted by his pitch-shifted vocals, which go deep into the pits of hell. As always, LaBeija's lyrics are forthright and all-too-relatable, underscored by his signature mix of humor and sadness.

In the verses, he raps about falling for good dick and losing his senses: "Don't give a fuck about your man," he raps. "Cater 2 U like Beyoncé/ He don't love me/ Cuz that's my little fiancé/ Treats me like I am a side bitch/ But it's whatever, cuz I'ma spend the night sis." Then, the chorus knocks with even more familiarity — a siren song for the shamelessly messy queen in us all. "Why am I such a fuckin' silly hoe/ I love men that are unavailable."

LaBeija explored the fallout of a bad breakup in last year's excellent TEARS IN MY HENNESSY album, so enemies of progress explores life after. On this EP, he says he's examining what it's like to be "making the same old mistakes and all the things we believe hold us back in the process of trying to be happy again."

"'unavailable' in particular shifts the blame and embraces taking accountability for usually being the only one getting in your way," LaBeija tells PAPER. "I really wanted to make an anthem about having terrible taste in men because... well, I do. The narrative we usually hear in music about dating someone completely unsuitable is usually pointed and I wanted to change the trajectory of that story."

LaBeija's enemies of progress seems to be the album to cry to when you've exited a relationship that was past its expiration date and also the album to 'pop my pussy in the club' to. It also finds him defining his boundaries, his needs, and very importantly, his kinks.

See the tracklist and cover art, below.