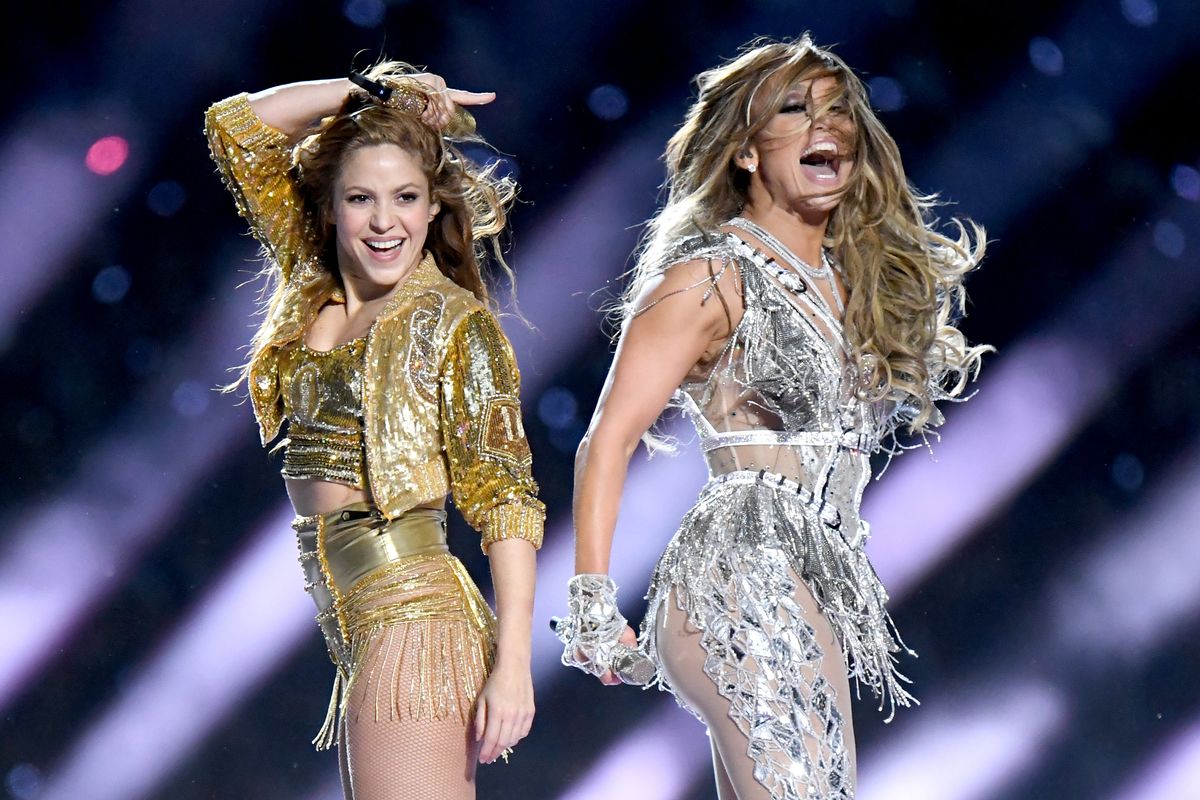 J.Lo Glued Swarovski Crystals to her Nails for the Super Bowl

Let's be real. This year's Super Bowl was a joint J.Lo and Shakira concert, with some football throws and tackles during intermission. And for that, we're so thankful.

Related | These Nails Are Perfect for Snatching Grammys

But between Shakira's up-close tongue flicking and belly dancing and J.Lo's return to the pole, you might've missed one of the most glam moments of the night: J.Lo's custom Swarovski crystal manicure.

To create this dripping-in-diamonds nail look with silver leaf running down the centre, celebrity nail artist Tom Bachlik glued down crystals and stones to the nails."I love mixed media and dimension and @jlo loves bling and sparkle so I teamed up with @swarovski to make that happen at the highest level," he writes on his Instagram. "I love making nails like jewelry. To do this, Swarovski stones in various shapes were applied sporadically over the top like fractured glass. We finished with white striping in between the crystals to set it off."

The complex look no doubt took days to craft. But hours after their debut, J.Lo was seen sporting an entirely different nail set for her after-party look. This time, the ultra-embellished look was inspired by a Versace design, where Bachik decorated each nail with different gold and silver patterns.

"For @jlo's after-partying we went with @versace yet again," the artist revealed in a separate Instagram post. "We did a pink, white and gold design with golden shadow @swarovski crystals on accent nails."

While recreating these looks at home might require a skilled professional and swarovski crystals, crazy manicures are on their way to becoming a mainstream beauty trend.

Photo by Jeff Kravitz/FilmMagic via Getty