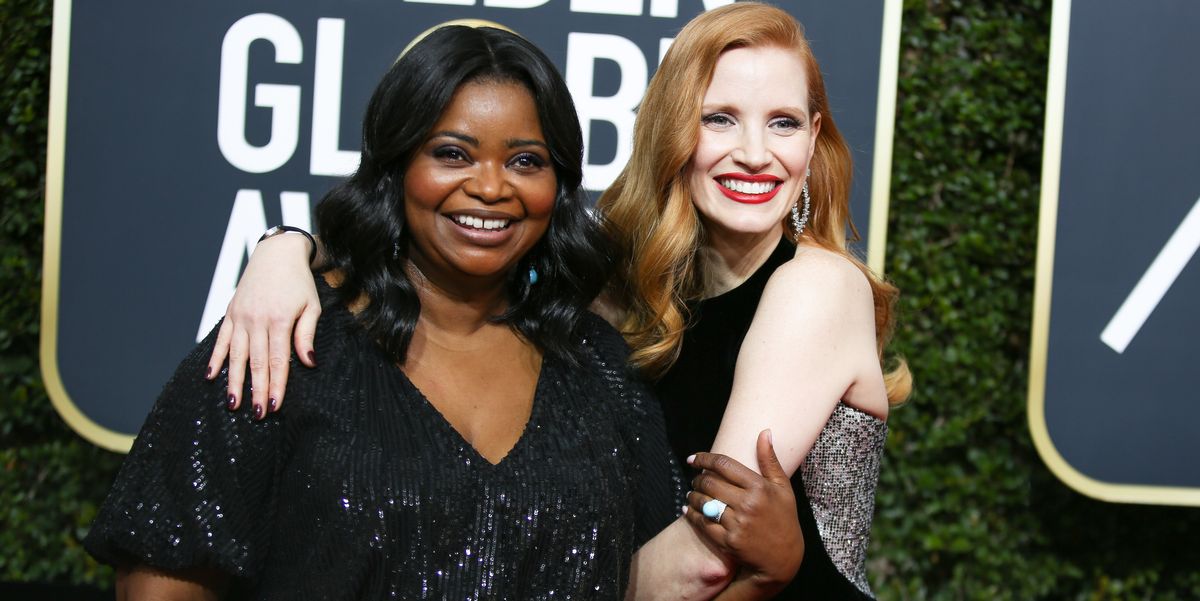 At the Women Breaking Barriers panel at the Sundance Film Festival yesterday, Octavia Spencer and Jessica Chastain showed how women can work together to promote equality.

The two actresses have been friends since working on The Help together, and during the panel Spencer said that Chastain helped her negotiate five times her initial salary for a new comedy.

"Here's the thing, women of color on that spectrum, we make far less than white women," Spencer recalled telling Chastain during the panel. "So, if we're gonna have that conversation about pay equity, we gotta bring the women of color to the table."

Related | The 2018 Oscar Nominations Are Spot On


Chastain said that she wasn't fully aware of the struggles black actresses face when it comes to equal pay. She then went to the producers of the film and negotiated a better salary for Spencer, ensuring that they were paid the same amount.

"I love that woman, because she's walking the walk and she's actually talking the talk," Spencer said. "She said, 'Octavia we're gonna get you paid on this film. You and I are gonna be tied together. We're gonna be favored nations, and we're gonna make the same thing.' Fast forward to last week, we're making five times what we asked for."


Spencer has just been nominated for an Oscar for her role in The Shape of Water. She was the first black actress to receive an Oscar nomination following her 2011 win for The Help, and broke her own self-made record this year by becoming the first black actress to receive back-to-back nominations after her Supporting Actress nod for Hidden Figures last year. She's currently tied with Viola Davis for most nominate black actress of all time (and has also been nominated for multiple Golden Globes).

At the panel, Spencer added, "Now I want to go to what the men are making. I want to get there."

@akstanwyck this is correct except I should clarify that I am making 5x my salary bc Jessica stood with me. I don't know what or if it cost her anything as far as her rate, I just know she stood with me, and am eternally grateful. https://t.co/JH8QRUIVJc
— octavia spencer (@octaviaspencer) January 24, 2018

She had been underpaid for so long. When I discovered that , I realized that I could tie her deal to mine to bring up her quote. Men should start doing this with their female costars.
— Jessica Chastain (@jes_chastain) January 24, 2018