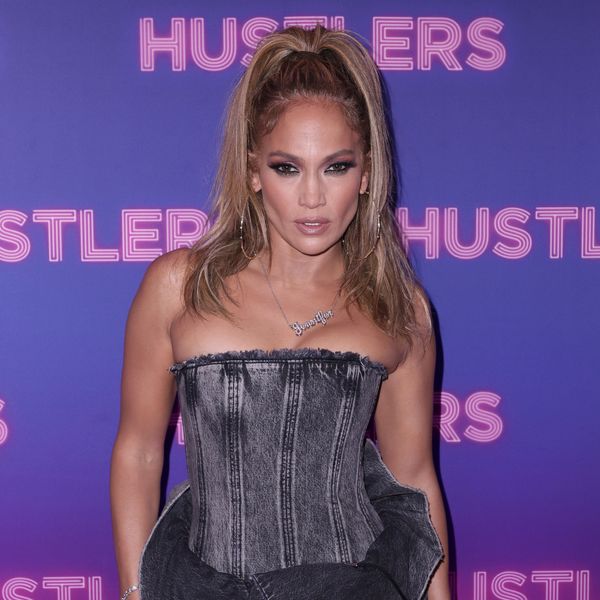 Thanks to the popularity of stories like the Anna Delvey saga and that Zola Twitter wildness, it's abundantly clear that scam culture is pretty much American culture. The highly anticipated Hustlers, based on the viral New York Magazine feature by Jessica Pressler about strippers who drug and rob hapless Wall Street guys, is the latest scammer scandal to hit the big screen.

As it turns out, women's sexuality is even more powerful when you throw a diverse A-list cast delivering top-notch performances and white-collar crimes into the mix. Writer/director Lorene Scafaria's comedic drama starring Jennifer Lopez, Constance Wu, Julia Stiles, Lili Reinhart, Keke Palmer, Cardi B, Lizzo, and other famouses, just grossed $33.2 million at the box office during opening weekend, according to The Hollywood Reporter.

The number marks a career best for Lopez, who plays Ramona Vega, the film's morally ambiguous, enviably flexible, tough-as-nails ringleader. THR also broke down Hustlers' audience: 67% of all viewers were female and 64% were non-white, with African American (26%), Hispanic (27%) and Asian/Other (11%) viewers filling the seats of 3,250 theaters across the U.S.

OK, so obviously, women and people of color are powerful, because let the record show. Not to mention, Lopez is receiving plenty of (well-deserved) early Oscar buzz for her role. We love to see it!