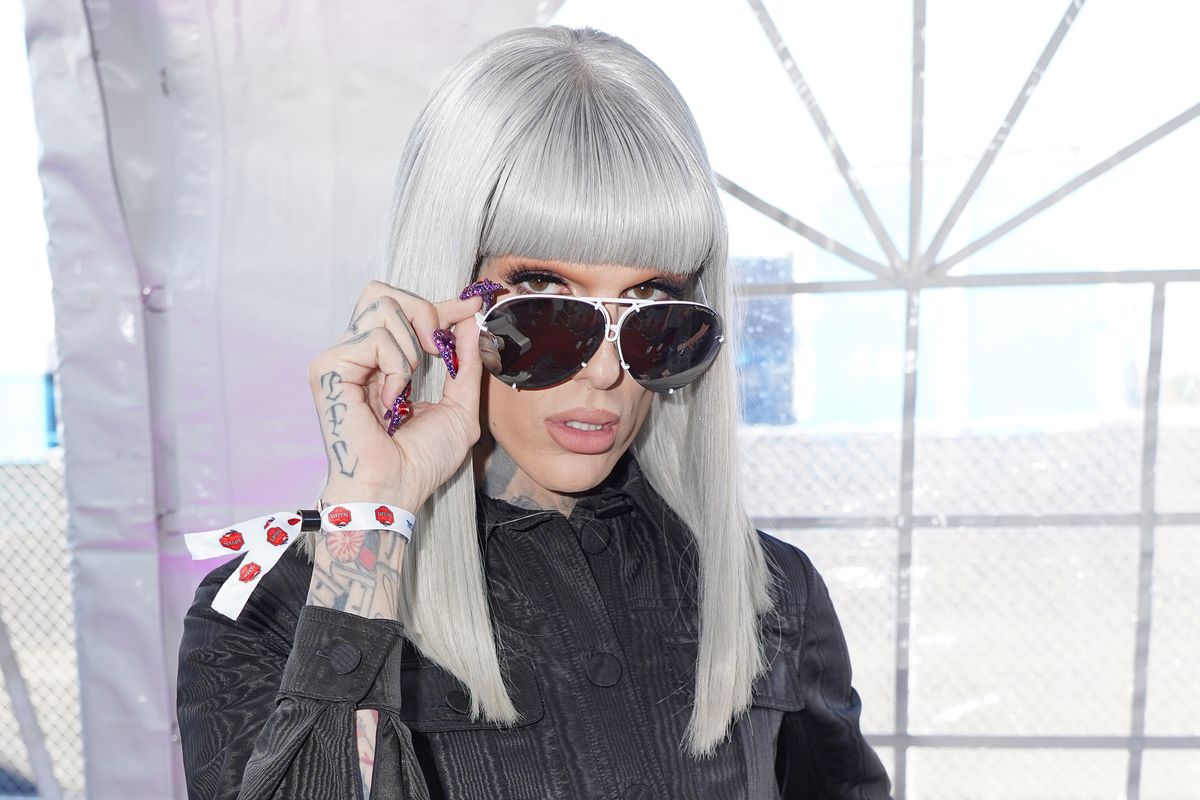 2020 is just not Jeffree Star's year (but then again, has it been anyone's?). The controversy-prone beauty mogul found himself the center of this past summer's Dramageddon saga along with Shane Dawson getting called out for racist and predatory behavior from other influencers and YouTubers. It all ended up culminating in a scathing call out video from a teary Tati Westbrook and Morphe ultimately cutting ties with Star.

On top of all that, Star also broke up with his longtime boyfriend, Nathan Schwandt, as well. But it wasn't long after the break up was confirmed that Star went public with his relationship to basketball player Andre Marhold which invited its own host of controversies. Almost immediately, Star faced accusations of using Marhold as damage control for his ongoing PR crisis with some speculating that Star was paying his boyfriend to date him.

Now a little over a month since Star and Marhold became a known couple, it appears that there may once again be trouble in paradise. According to a screenshot of a comment apparently posted under one of Marhold's Instagram photos, Star has accused him of stealing and avoiding his calls. "Hey! Since you can't answer the phone right now, can you give me all the stuff back you stole from my house??" Star said. "What kind of lowlife fucking scum does that? Give it back!!!! If you need a return label, just ask."

Star has also deleted all pictures of him and Marhold from his own Instagram and posted on his story, "Every time I start trusting someone God slap the back of my neck with a sandal." Star returned to Instagram this morning to address the rumors and speculation surrounding the alleged robbery, explaining that he and Marhold had split about a week ago after "Jeffrey Lynn discovered a lot of things."

He continued, "This person secretly had no job, no money, not even a bank account, and we're talking this person is 30-years-plus. So, all these things that I were [sic] told were all false and I was lied to. And I was like, 'Okay, bye sweetie, it was really good meeting you, thanks.'"

Star goes on to claim that he noticed a few of his items like some Louis Vuitton luggage, backpacks and sunglasses had gone missing. Insisting on more that one occasion that it wasn't about the money ("I know I can go and rebuy it tomorrow"), but rather the principle of the matter. Of course, he'd also like his stuff back.

Just when it seemingly couldn't get any messier, a supposed backup account for Marhold, @_amarxiii, started threatening to expose Star and air his dirty laundry if he didn't delete those stories.

"You got an hour to delete them off Snapchat. It's crazy because I'm a real genuine person and I really didn't want it to get to this point," a screenshot of the Story reads. The account then goes on to allege in another post that the real reason behind Star and Nathan Schwandt's earlier split was actually the result of the YouTuber sleeping with one of his ex's close friends. He also shared screenshots of DMs from Star warning Marhold about breaking his NDA before threatening to reveal something he apparently found in Star's room that "is going to ruin you."

The veracity of the claims and threats may seem dubious at best, but within an hour of them surfacing Star had deleted his original Story posts about the theft seeming to lend them credibility. Then again, Marhold went on his official account this morning and asked his followers to report the purported backup that had been threatening Star, so who knows what the truth actually is.

Clearly something is going down. Maybe we'll get a video a week or two from now once Star gets his story straight — or maybe we have yet to see the end of Dramageddon thanks to Marhold. Either way, stay tuned.