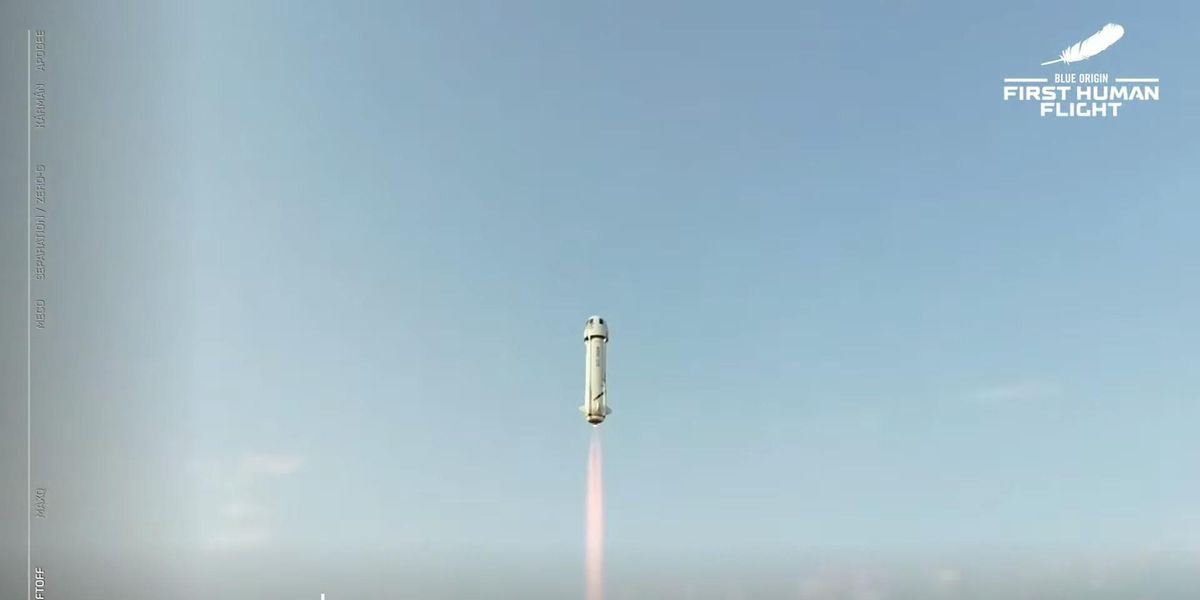 Jeff Bezos has done it again — and by "it" we mean incited frenzied discourse on our Twitter timelines, seemingly right on cue (unfortunately). This time, he's in the headlines for his New Shepard spacecraft, which recently returned to Earth after a historic suborbital flight.

Historic because, shortly following Richard Branson's flight earlier this month, Bezos has become the second person to venture into space aboard a rocket he helped fund. He was joined by the aeronautics legend Wally Funk, and the 18 year-old Oliver Daemen, all of whom have now joined an exclusive list of "commercial astronauts."

Certainly, the journey was quite prolific. Bezos is quoted in the press conference saying the trip was "was more profound for me than I expected" — and yet, for those on Earth (read: most everyone), the moment has been quite revealing in other ways.

The internet was quick to respond and the responses were overwhelmingly critical (or at least playful — a puckish acknowledgement of our strange, dystopian times). As one Twitter user wrote, "I've learned everything I know about this billionaire space race against my will."

Many brought up one crucial aspect of the conversation — the phallic shape of the rocket — and were quick to take the comparisons and run with them. We'd expect nothing less, of course.

If there was anyone left unscathed by the day's events, it was Bezos' ex-wife Mackenzie Scott. As one user wrote, "Not only did Mackenzie Scott get $50 billion in the divorce, her ex literally leaving the planet." The sentiment seems to be shared — he couldn't leave soon enough.

I feel like we should be celebrating the real winner of #BlueOrigin. Not only did Mackenzie Scott get $50 billion i… https://t.co/G0ZjPj0WPk
— Aubry Andrews (@Aubry Andrews)1626786868.0