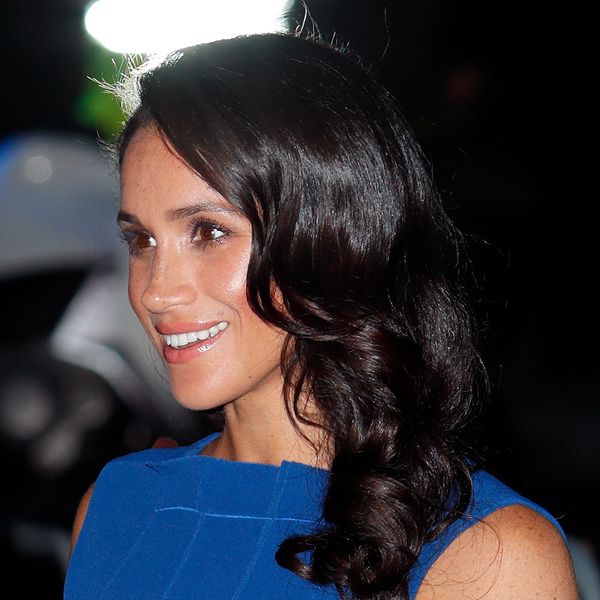 Jason Wu did not technically debut his spring 2019 collection on a runway, or even at his September 7th presentation. Instead, he scored a coup that has likely made him the envy of every designer on the planet: the first publicly viewed piece from his collection was worn by one Meghan Markle. The Duchess of Sussex looked classically beautiful in Wu's lightly ruffled cobalt sheath dress, which she donned for an appearance at London's 100 Days To Peace gala. Prince Harry also looked sharp, easily maintaining his status as the world's most attractive male redhead.

No Models, No Problem

This season, after eleven years of showing at New York Fashion Week, Wu chose to present his collection on his terms. And so instead of models, he showed his elegant evening wear on mannequins, which he designed himself. They were set against an ornate backdrop of florals and ferns by Putnam & Putnam.

Wu showed a limited collection of just sixteen definitive dresses. The delicate gowns were all stunning, the sort of garments that instantly make a woman feel beautiful. I will go to sleep dreaming of Wu's white dress with asymmetrical ruffles, which almost looked like little swinging tassels. And if someone does not wear either the tangerine-colored dress or lilac-covered evening gown to an awards show soon, I'm suing.

The Swarovski crystal embellishments on a peach-colored evening dress represented a bold new direction for the designer. We're very excited to see where Wu heads next.