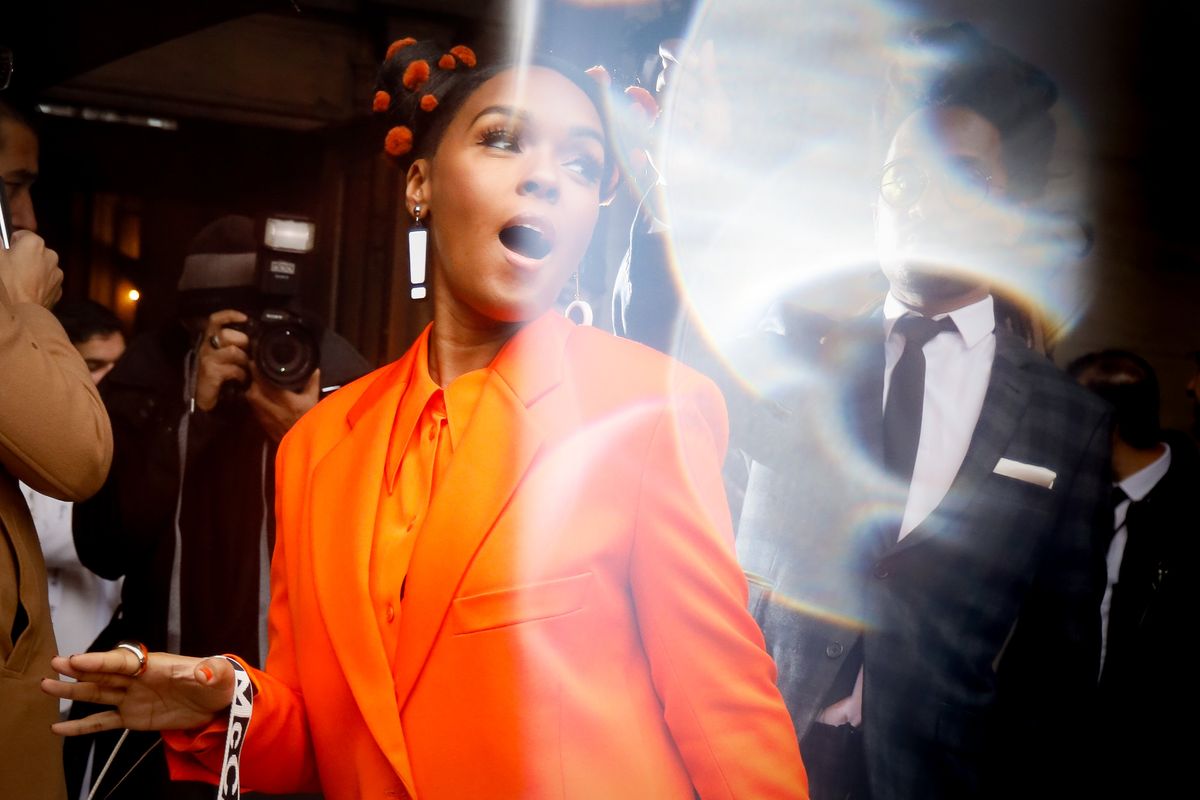 This November, in the wake of everything that you've seen happen over the course of the last four years under the United States' current Comb-Over-In Chief, it's more important than ever to get out and vote for the next President. The best way to see the change that you want to see comes from making sure that your voice is heard.

Ahead of the forthcoming Amazon Studios documentary All In: The Fight for Democracy, Janelle Monáe has released a song, "Turntables," about the excitement that comes with knowing that change is around the corner. Over a thumping, energetic instrumental, she raps about "kickin' out the old regime" and instilling "liberation, elevation and education."

View this post on Instagram
A song from me to you 📀 “Turntables" from the Amazon Original Movie “All In: The Fight for Democracy" is available today at 12 PM EST on all streaming platforms. 📀 Film directed by @lizfgarbus @misscortes
A post shared by Janelle Monáe 🚆👽🤖🚀🪐 (@janellemonae) on Sep 8, 2020 at 7:51am PDT

Monáe's words ring true, especially now, and make the song a perfect fit for All In: The Fight for Democracy. The documentary, directed and produced by Liz Garbus and Lisa Cortés, focuses on the "often overlooked, yet insidious issue of voter suppression in the United States in anticipation of the 2020 Presidential Election" according to its Rotten Tomatoes page.

"With the perspective and expertise of Stacey Abrams, the former Minority Leader of the Georgia House of Representatives, the documentary will offer an insider's look into laws and barriers to voting that most people don't even know is a threat to their basic rights as citizens of the United States," it continues

All In: The Fight for Democracy comes out in select theaters on September 9. You'll be able to catch it on Amazon Prime Video starting on September 18.

Aside from providing a powerful song for the movie and the voting movement, Monáe has been utilizing her platform to support the #AllInForVoting campaign. Last month, she posted in support of sharing voting information for the state of South Carolina.

Take a listen to Monáe's passionate new song, "Turntables," below.