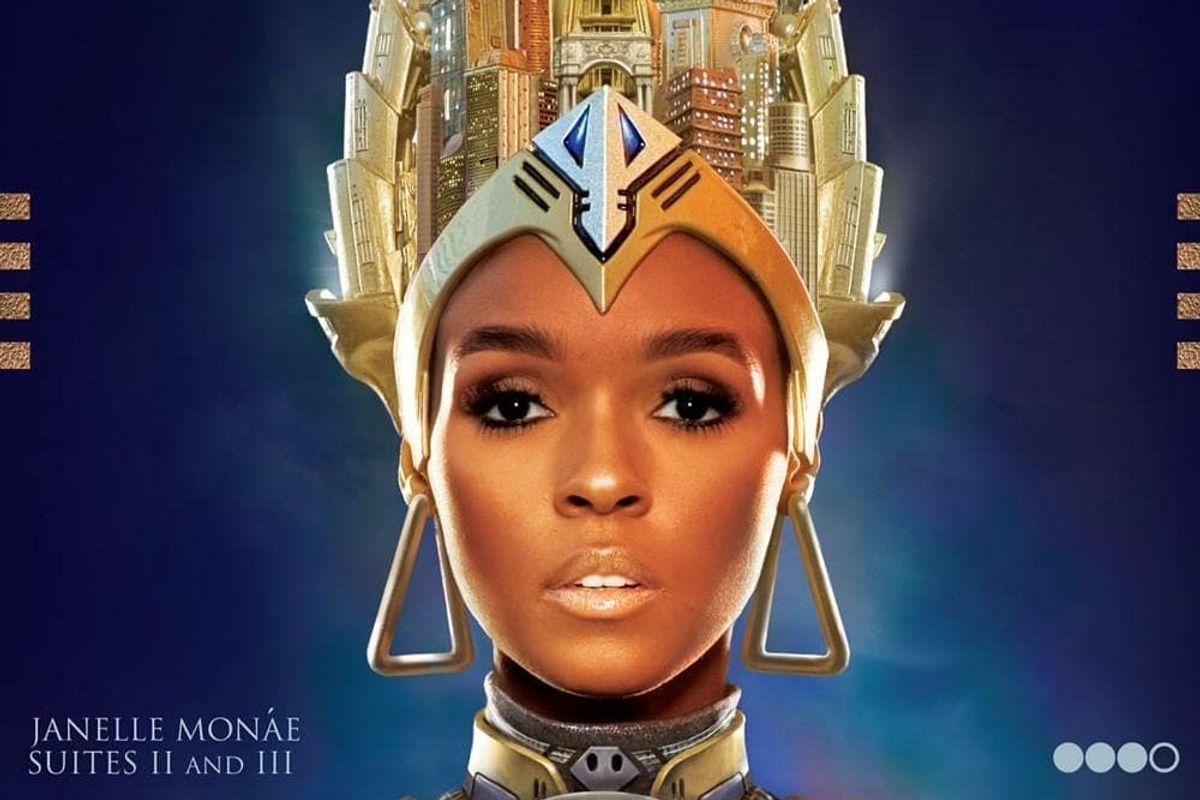 Janelle Monáe makes waves in every industry she touches. From her roles in films like Moonlight and Hidden Figures to her musical releases, like 2018's Dirty Computer, Monáe always breaks new ground.

But Monáe's breakout debut album started it all: The ArchAndroid, the sequel to EP Metropolis: The Chase Suite, just reached its 10th anniversary on May 18.

An outspoken social activist and experimental R&B artist, The ArchAndroid earned Monáe a Grammy nomination for Best Contemporary R&B Album in 2011 –– her second-ever, since a 2009 nod for "Many Moons." The album, which was part of Monáe's Metropolis concept series, also better acquainted fans with Cindi Mayweather, Monáe's android alter ego.

"I created her, so I got to make her be whatever I wanted her to be. I didn't have to talk about the Janelle Monáe who was in therapy," Monáe told Rolling Stone in 2018. "It's Cindi Mayweather. She is who I aspire to be."

The album also furthered the singer's commitment to highly evolved concepts, contemplating everything from disconnection, identity and how technology and capitalism divide humankind. The ArchAndroid had critically acclaimed hits in songs like "Tightrope" (featuring Outkast's Big Boi) and "Cold War."

The themes explored here hold prescient relevance to this day, especially as our daily lives have been significantly altered by the effects of stay-at-home orders under the coronavirus pandemic.

And although the Cindi Mayweather character was left behind as Monáe entered a new dimension with Dirty Computer, the iconic sci-fi epic of the Metropolis series still lives on.

Monáe's art continues to advocate for the need for visibility of diverse identities, particularly those in Black and queer communities, and The ArchAndroid will be remembered as the moment that launched Monáe's powerful reign in entertainment.