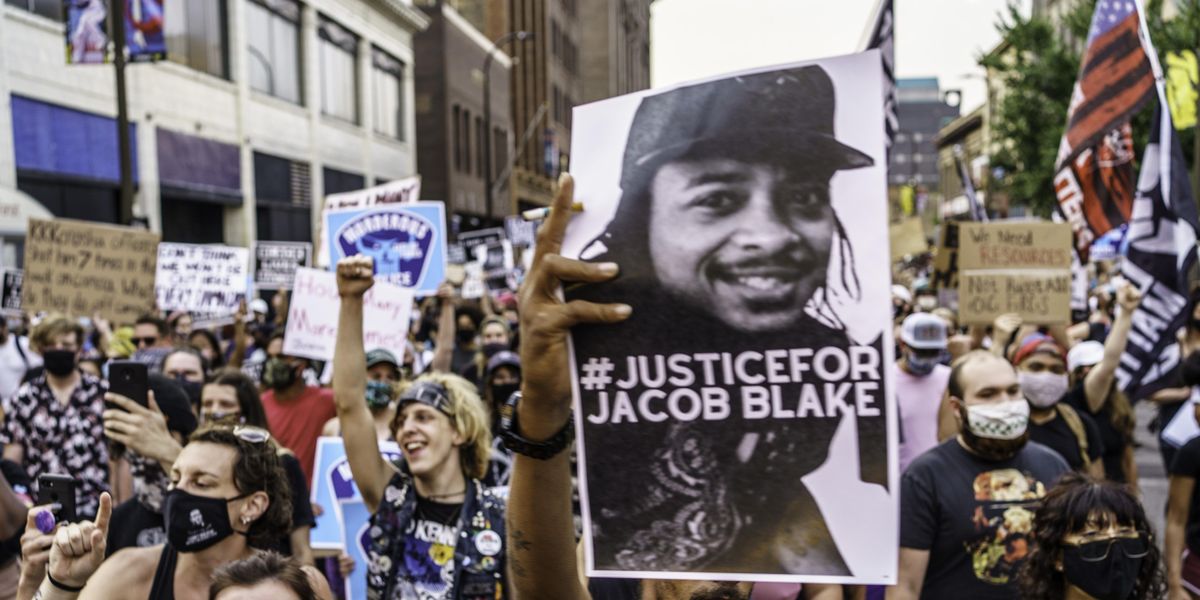 The Wisconsin officer who shot Jacob Blake has returned to work and will face no disciplinary action.

According to NBC News, Kenosha Police Chief Daniel Miskinis issued a press release stating that an outside investigation and independent review determined that Rusten Sheskey acted "within policy" and, therefore, would "not be subjected to discipline."

Related | Jacob Blake Speaks for the First Time Since Shooting

Sheskey also wasn't charged in the August shooting after Kenosha County District Attorney Michael Graveley claimed Blake, a 29-year-old Black man, was "actively resisting arrest" and told police he had a knife, meaning that officers had a strong self-defense case. During the incident — which was supposedly in response to a domestic dispute and captured on a bystander video — Sheskey shot Blake several times in the back, leading to paralyzation from the waist down.

Understandably, Miskinis' statement was met with outrage online from those who called Sheskey's return to active duty a "full-throated endorsement of murdering people of color," especially as the "same outfit that let Kyle Rittenhouse just mosey down the road" after the 18-year-old white man killed two people with an illegal assault rifle during the Blake protests in Kenosha.

"I hope the Blake Family sues you into the ground, Kenosha Police Department," as another person wrote. "This is absolutely and utterly inexcusable. This would-be murderer is now on the streets again."

The Kenosha Police Department gives a full-throated endorsement of Murdering people of color. What’s next, replacing the uniforms with white sheets and hoods?

From the same outfit that let Kyle Rittenhouse just mosey down the road after killing 2 people w/ an illegal assault rifle. Any wonder people of good faith don't trust your dept? Just wait for that officer to over react again & harm a person of color...it's only a matter of time.

I hope the Blake Family sues you into the ground, Kenosha Police Department. This is absolutely and utterly inexcusable. This would-be murderer is now on the streets again.

Blake has since filed a civil lawsuit against Sheskey for using excessive force. He is seeking unspecified damages.

Demand justice for Jacob Blake and his family, click here.