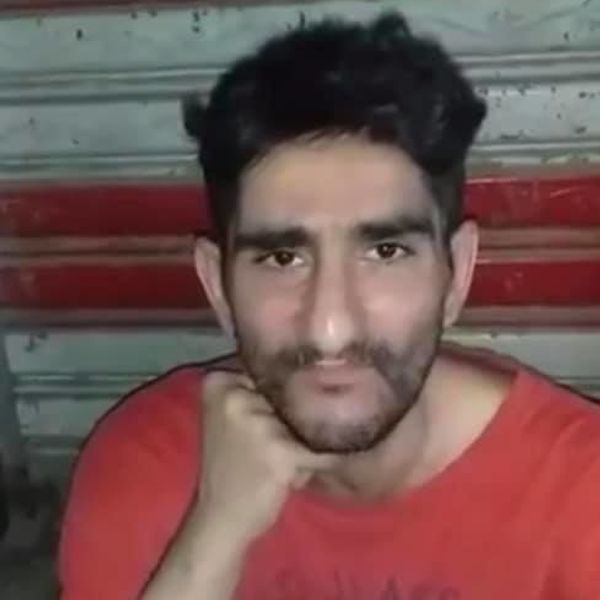 ICE Deported a Man to Iraq Who'd Never Been There, Now He's Dead

Today in really awful news: the story of Jimmy Aldaoud, a Chaldean man who grew up in Detroit but found himself deported to Iraq in June after being arrested by Immigration and Customs Enforcement (ICE). Aldaoud, a 41-year-old diabetic who, once in Iraq, couldn't take insulin, knew no one there, didn't speak Arabic, and had nowhere to live, is now dead, GQ reports.

Aldaoud was born in a refugee camp in Greece to Iraqi parents, and was undocumented in America after moving at 6 months old. In a video posted to Facebook two weeks after his deportation, Aldaoud said, "I begged them. I said, 'Please, I've never seen that country, I've never been there.' However, they forced me. I'm here now, and I don't understand the language or anything, I've been sleeping in the street. I'm diabetic, I take insulin shots, I've been throwing up and throwing up, trying to find something to eat. I've got nothing over here as you can see."

According to Politico, Aldaoud died because, given his barriers, he couldn't get insulin or proper medical care to treat his diabetes. Immigration attorney Edward Bajoka, who has been described online as a family friend of the Aldaouds, wrote on Facebook that Aldaoud had also suffered from mental illness, which he claims complicated the legal issues leading to his deportation.

He was forcefully deported to Iraq a couple of months ago. He was born in Greece and had never been to Iraq. He knew no one there. He did not speak Arabic. He was a member of the Chaldean minority group. He was a paranoid schizophrenic. His mental health was the primary reason for his legal issues that led to his deportation. Rest In Peace Jimmy. Your blood is on the hands of ICE and this administration.

Online, most reactions express outrage and demand accountability from the Trump administration. Deportation and immigration reform has been a primary focus of Trump's presidency. So far, he has imposed harsh policies resulting in separations of hundreds of migrant families, and has worked to strip protections from immigrants who came to the country legally. He has also not only threatened, but carried out ICE raids across the country, including those yesterday in Mississippi resulting in over 600 arrests, leaving parents yet again separated from children finishing their first day of school.

On Twitter, Democratic congressman Andy Levin of Michigan wrote, "It was clear that deporting Jimmy to a country where he had never been, had no identification, had no family, had no knowledge of geography or customs, did not speak the language and ultimately, had no access to medical care, would put his life in extreme danger." In a subsequent tweet, he added, "My Republican colleagues and I have repeatedly called on the executive branch to cease deportation of such vulnerable people. Now, someone has died."

According to the Detroit News, Iraqi refugees in the area fearing deportation have begun cutting off the ankle monitors they are legally required to wear. At least seven Iraqi nationals have removed their tethers in Michigan in the last month, according to a lawyer representing 23 refugees, which is a violation that could likely accelerate their deportations. During a 2017 ICE raid in Michigan, over 100 Iraqi nationals were detained: some had American children, and others had lived in the states for decades. In federal court, the American Civil Liberties Union argued that many of them, if forced to return to Iraq, faced punishment ranging from torture to death, for being members of a Christian minority, for helping the U.S. military, or even for applying for asylum in the U.S., GQ reports.

It's imperative to understand that in Aldaoud's tragic case, going to Iraq under these circumstances, let alone being forcibly sent to a country that wasn't his origin, proved to seal his fate. Lest we forget, Iraq is still a country reeling from the devastation of U.S. military occupation, and currently issues deportees visas that are only valid for 24 hours according to Michigan Public Radio. After one day, they are left "paperless and 'stateless' in a country where not having proper identification papers can be lethal."

Making matters worse, ICE also tends to target Iraqi nationals who have a legal record of any kind. Aldaoud was once convicted of a home invasion, though his case was reportedly thrown out after he successfully acted as his own lawyer. Many nationals in precarious legal standings are trying to appeal for emergency (life-saving) stays. Local immigration lawyer Shanta Driver tells Michigan Public Radio that deportation these days, under such stringent Trumpian policy, is like a "death sentence," especially for Iraqi nationals. "And the U.S. government knows it," Driver says, chillingly. Even colder, ICE is reportedly expediting the deportations so they happen before courts can issue those stays.

This man, who had lived here since he was 6 months old died as a direct result of Trump and ICE. This video of him… https://t.co/rQBMNxOnjR
— Imraan Siddiqi (@Imraan Siddiqi)1565293115.0